Warlocks are the most versatile class in the fifth edition of Dungeons and Dragons. Between spells, invocations, pact boons, and subclasses, there’s an incredible variety of options available to Warlock players.

This article will touch on all of these elements, as well as how to build a Warlock in 5e and what gameplay looks like. Because making a deal with an otherworldly being is never as simple as it seems from the outside.

Warlocks get a whole host of features, as laid out in the table below:

Warlocks are “full spellcasters,” meaning they have access to spells from 1st-level and they rely on spell casting almost exclusively in combat and often outside of it.

Many Warlocks also choose to focus on being the party’s:

Hexblade Warlocks can also serve as a pseudo-Tank for their party, but these are the three main roles of a Warlock in general.

Gameplay as a Warlock is fairly straightforward:

I’ve simplified massively here. Your choice of subclass, Eldritch Invocations, Pact Boon, and feats can drastically change the playstyle of a Warlock. But the above guidelines are definitely the “default Warlock options” that players often build on.

Pact Magic is how Warlocks have access to spellcasting — it is a gift bestowed on them by their patrons. Spellcasting for Warlocks is perhaps the most unique among spellcasters in DnD 5e. 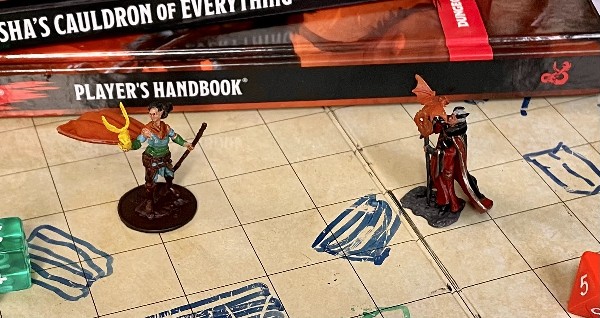 Eldritch Invocations allow for a Warlock to enhance or modify their natural powers, or grant the ability to cast additional spells.

Here are some of the best Eldritch Invocations:

At 3rd level, Warlocks make a choice of Pact Boon — a gift that their patron gives them. This represents a significant choice, as it creates entirely new playstyle options for a Warlock. Depending on your choice, different Eldritch Invocations also become available, further compounding the importance of this decision.

Let’s briefly go over what each Pact Boon does and how it affects a Warlock’s gameplay:

What I love about Warlocks is that none of these Pact Boons is “bad.” While it’s true that the Pact of the Tome is probably the most straightforward for a straight-up spellcaster, you won’t gimp yourself by not picking it. And Pact of the Blade is underwhelming on its own, but for a character that’s leaning into the gish-type Warlock, it fits quite nicely.

Warlocks are quite constrained in the spells they can learn. However, each subclass grants access to additional spells. Unfortunately, these spells are not automatically granted and do count against the spells known if a Warlock chooses one.

The list below does not include subclass spell options, but it doe contain spells from the Player’s Handbook, Xanathar’s Guide to Everything, and Tasha’s Cauldron of Everything. Some of the best Warlock spells by level include:

Remember, you can switch out one Warlock spell for a different one each time you level. So if a spell stops making sense at a certain point, or you find that a spell isn’t as useful with your party/in your campaign, you can always switch to a different one.

It’s important for a Warlock to max out their Charisma ability score as fast as possible. However, some feats are tempting or are definitely worth getting once Charisma is maxed out.

Some of the best feats for Warlocks in 5e are:

Warlock subclasses are represented by the otherwordly being who grants them their magical powers — their patrons. Below are brief descriptions of the two low-level features and playstyles of each of these subclasses:

What Race Is Best for Warlock in 5e?

The best race for a Warlock in 5e is one that gives a bonus to Charisma and comes with helpful secondary bonuses.

With concern for ability score bonuses, here are the best races for Warlocks in 5e:

Without concern for ability score bonuses, here are the best races for Warlocks in 5e:

Basically, you want access to skill proficiencies that you can’t otherwise get and extra languages when you choose a Warlock background.

Here are some of the best Warlock backgrounds in 5e:

I stuck with Player’s Handbook backgrounds for simplicity, but these remain solid options even in today’s environment.

Are Warlocks a Good Class in 5e?

Yes, Warlocks are a good class in 5e. In fact, they’re one of the top-tier classes in the fifth edition of Dungeons and Dragons. There are 4 Warlock Pact Boons, 9 subclasses, and 54 official Eldritch Invocations in the game, and each of these choices has a significant impact on what kind of Warlock you are.

This means that Warlocks are the most versatile class in DnD 5e — one that offers endless replayability. I didn’t even get into the value of Warlocks as a multiclass option, or the powerful multiclass dip options a Warlock main can take.

But suffice it to say that Warlocks are powerful. They are spellcasters with access to the best and most reliable damaging cantrip in the game, as well as several great leveled spells. Their subclasses are generally well-designed and offer both additional flavor and genuinely useful mechanical advantages that highlight the subclass’s theme.

They offer damage, support, control, and aid in social encounters — a well-rounded class that quickly ramps up in power and fun. Sign up for Warlock College today; your name on the dotted line…in blood.