You touch one object that is no larger than 10 feet in any dimension. Until the spell ends, the object sheds bright light in a 20-foot radius and dim light for an additional 20 feet. The light can be colored as you like. Completely covering the object with something opaque blocks the light. The spell ends if you cast it again or dismiss it as an action.

If you target an object held or worn by a hostile creature, that creature must succeed on a Dexterity saving throw to avoid the spell.

Light is a handy-dandy cantrip that can keep the darkness at bay when you and your party delve into the deep places of the world. Because a torch is too ordinary for mighty adventurers who wield powerful magics.

And because it’s better than a torch in many ways. Let’s get into how the Light spell works in DnD 5e and how to use it.

Who Can Cast Light in 5e?

The following classes have Light on their spell list:

No following subclasses get Light for free.

What Does Light Do in 5e?

Light causes an object you touch to shed bright light for 20 feet and dim light for an additional 20 feet. The light can be whatever color you choose, and completely covering the object blocks the light.

If you target something worn or held by a hostile creature, they must pass a Dexterity saving throw to avoid it.

Light lasts for up to 1 hour, or until you cast it again or dismiss it as an action.

What Are the Rules for Light in 5e?

The rules for Light in DnD 5e are as follows: 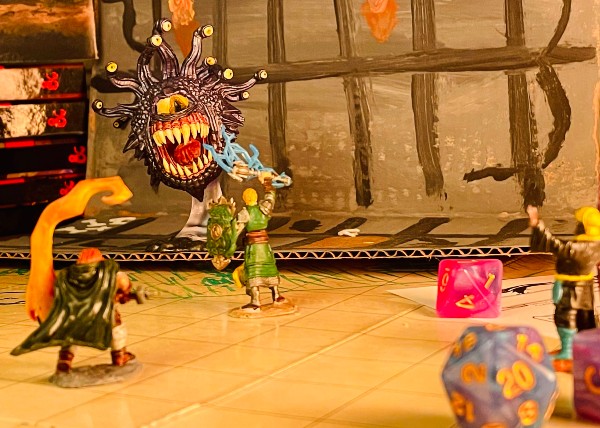 Here are a few ways to use Light in DnD 5e:

Who Can I Target With Light 5e?

You can target an object that is no larger than 10 feet in any dimension with Light. Even an 11-foot pole that could technically fit inside a 10-foot-square box isn’t an eligible target for the Light spell.

If you target an object that an enemy is holding or wearing, they get a chance to make a Dexterity save (against your spell save DC) to avoid the spell’s effects.

Is Light 5e a Good Spell?

Yes, Light is a good utility spell in 5e. Having a hands-free torch at all times is undeniably useful. And all the extra utility that it provides that a torch doesn’t makes it even more impactful. I know I mentioned lots of fun tricks for the Light spell, but 90% of the time, it’s just going to be used as your party’s main light source when dungeon-diving. And to be clear, that’s far from useless.

Of course, it’s worth noting that Light is even better if your DM is a serious stickler about the rules of Light, and arguably less useful if your DM doesn’t care about tracking light too much.

Some people say you can skip Light if your party all has Darkvision, but I disagree. Even with Darkvision, a player will have disadvantage on Perception checks and won’t be able to see colors in total darkness, so Light still provides some use for a party of races that all have Darkvision. However, it’s still slightly less useful in such groups.

Dancing Lights is another light-source-creating cantrip that players often compare to Light. While neither is “better” than the other, they are different. Here are those differences:

Light is usually better as a “set and forget” light source for an adventuring party, whereas Dancing Lights has the advantage of range, precision, and stealth.