Skip to content
You create a burst of thunderous sound that can be heard up to 100 feet away. Each creature within range, other than you, must succeed on a Constitution saving throw or take 1d6 thunder damage.

Xanathar’s Guide to Everything, pg. 168

Thunderclap — the AoE thunder cantrip that works the way everyone thinks Thunderwave works the first time they read it. Let’s cover the spell’s rules and applications, as well as provide tips for DMs wondering just how loud to make Thunderclap.

We’ll also go over why players usually skip this cantrip in favor of Sword Burst.

Who Can Cast Thunderclap in 5e?

The following classes have Thunderclap on their spell list:

No subclasses get Thunderclap for free.

What Does Thunderclap Do in 5e?

Thunderclap forces all creatures (allies included) within 5 feet of the caster (except the caster themselves) to make a Constitution saving throw. If a creature fails, it takes 1d6 (average 3.5) thunder damage.

The spell is audible up to 100 feet from the caster, but has no effect on creatures within that range.

To be clear about Thunderclap’s range, it originates from the caster. So if you’re using a square grid battle map, the eight squares around the caster will be affected, as illustrated below: 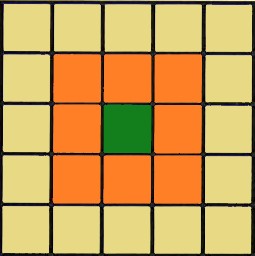 The green square is the caster, and the orange squares are the affected tiles.

What Are the Rules for Thunderclap in 5e?

The rules for Thunderclap in DnD 5e are as follows: 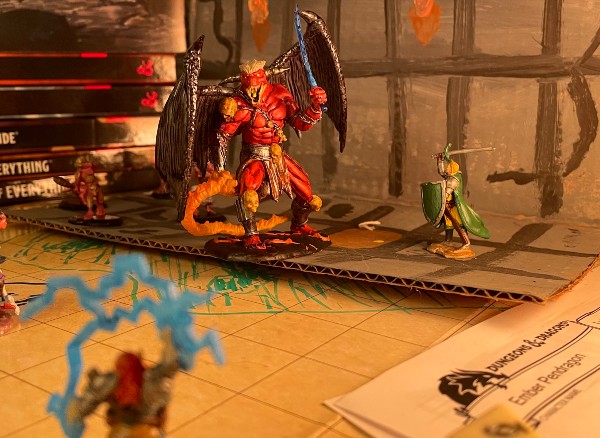 How Do I Use Thunderclap in 5e?

Here are a few ways to use Thunderclap in DnD:

Who Can I Target With Thunderclap 5e?

You target the 8 squares around you with Thunderclap, as well as the space above and below you.

Is Thunderclap 5e a Good Spell?

No, Thunderclap is not a good spell for most character builds. It suffers from the problem that most casters don’t exactly enjoy surrounding themselves with enemies, which is the best way to optimize this spell’s damage.

That being said, certain characters that rely on magic as well as combat (most notably, good tanky stats) will get a lot of mileage out of a cantrip like Thunderclap.

Tasha’s Cauldron of Everything introduced a spell that’s very similar to Thunerclap: Sword Burst. Sword Burst is available to all of the same classes as Thunderclap except for Bards and Druids.

Like Thunderclap, Sword Burst affects all creatures within 5 feet of the caster and deals 1d6 (average 3.5) damage. The two differences with Sword Burst are that it deals force damage instead of thunder and requires a Dexterity saving throw instead of a Constitution saving throw.

Force damage is a less common resistance/immunity than thunder (though neither are very common), and Dexterity is a much lower average monster ability score than Constitution. In other words, Sword Burst is better than Thunderclap because it will land more often.

Not to mention that Sword Burst isn’t noisy, making it more usable in scenarios where noise is a factor. Sword Burst has only a verbal component compared to Thuncerclaps somatic component, but that’s unlikely to matter often.

The question DMs have with Thunderclap and similar noisy spells like Knock and Thunderwave is how much they want to make players pay for casting it.

The 100-foot range on Thunderclap is considerably lower than those other two spells, so it might not automatically attract every single monster that you’ve included in your dungeon.

And even if every monster does hear it, you shouldn’t feel compelled to make all of them react by immediately heading toward the source. Some dungeon dwellers might actually flee from such a loud and threatening noise.

That said, if a player forgets that they’re on a stealth mission and lets out a Thunderclap near a sleeping pack of adversaries, they deserve to be taught a lesson about the dangers of noisy spells. One lesson is usually enough to stick!

Thunderclap: (Evocation cantrip, 5 feet, S) Each creature but you within range must succeed on a Constitution saving throw or take 1d6 thunder damage. | +1d6 at 5th, 11th, and 17th levels.