A flash of light streaks toward a creature of your choice within range. Make a ranged spell attack against the target. On a hit, the target takes 4d6 radiant damage, and the next attack roll made against this target before the end of your next turn has advantage, thanks to the mystical dim light glittering on the target until then.

Guiding Bolt is a first-level evocation spell that packs a wallop and sets up an ally with an advantaged attack. If you’re rolling a Cleric and looking for a great single-target damage spell, look no further than Guiding Bolt.

Who Can Cast Guiding Bolt in 5e?

The following classes have Guiding Bolt on their spell list:

The following subclasses get Guiding Bolt for free:

Additionally, Circle of Stars Druids have Guiding Bolt prepared and can cast Guiding Bolt without expending a spell slot a few times each day as long as they have their Star Map on them (TCoE 38).

What Does Guiding Bolt Do in 5e?

Guiding Bolt is a straightforward, single-target attack spell. You simply choose a target within the spell’s massive 120-foot range, and make a spell attack against the target.

To make a spell attack, simply roll a d20 and add your proficiency and spell modifier (Wisdom, in the case of Cleric). You would then compare the result to the target’s armor class (AC).

For example, let’s say you’re a first-level Cleric with a Wisdom of 15 (a +2 modifier) and a proficiency of +2. You cast Guiding Bolt on a Kobold. You roll a 9, to which you add 4 (your spellcasting ability modifier + your proficiency modifier).

Cast in the first-level spell slot, Guiding Bolt will do an average of 14 damage (quite a bit for a low-level spell).

The fun doesn’t end there though. The next creature to attack the target will gain advantage on their attack roll, meaning they’ll roll 2d20 instead of one.

What Are the Rules for Guiding Bolt in 5e?

The rules for Guiding Bolt in DnD 5e are as follows: 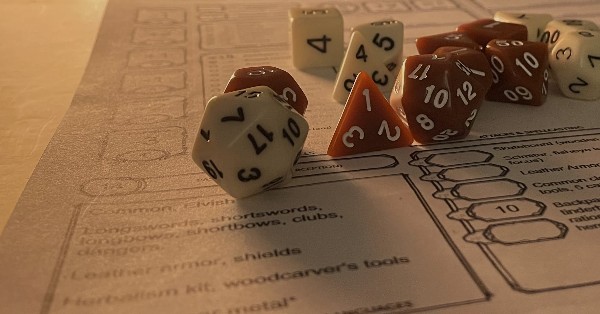 How Do I Use Guiding Bolt in 5e?

To use Guiding Bolt most effectively:

Who Can I Target With Guiding Bolt 5e?

You can target any type of creature with Guiding Bolt, as long as they’re within 120 feet and you have a clear path to them. Guiding Bolt does radiant damage, so it will deal additional damage to many undead foes.

Many celestials, on the other hand, are resistant or invulnerable to radiant damage, and so shouldn’t be targeted with Guiding Bolt (unless you’re casting it mainly to give an ally advantage on their next attack).

Yes, Guiding Bolt is an insanely good early-level Cleric spell that scales decently into the mid-game. Even when the damage becomes less impressive, casting Guiding Bolt at first-level still sets up an ally with advantage on their next attack.

On top of that, radiant damage isn’t a common resistance in enemies, but it is a common vulnerability..

The only real downside is that expending a spell slot on Guiding Bolt takes away one chance to heal your party members, so you have to be tactful about how you use it.

If you’re building a more melee-focused Cleric, you might wonder if Inflict Wounds is the better option over Guiding Bolt. It does deal slightly more damage (3d10, or an average of 16.5 at first level) and it does scale better.

However, necrotic damage is slightly more common a resistance, and that touch range can be annoying even if you do like being in the fray. Not to mention that the attack advantage aspect of Guiding Bolt makes it a great support spell as well, even if it does deal slightly lower damage.

If you decide to join the Light Domain, you’ll gain access to Scorching Ray at third level. You may look at this spell and wonder how it’s so much worse than Guiding Bolt, which you got at first level.

Guding Bolt is certainly a better value spell than Scorching Ray for single target damage, but Scorching Ray does come with some advantages. It deals damage to multiple enemies at once. It also deals fire damage, making it a good choice for fire-vulnerable creatures.

Guiding Bolt is a straightforward spell attack, so you shouldn’t have too much rule-parsing at the table. If you’re DMing for new players, make sure to remind them of the advantage on the first follow-up attack, so they don’t squander part of Guiding Bolt’s utility.

Guiding Bolt: (1st-level, 120 feet, 1 round, V/S) Make a ranged spell attack. On hit, target takes 4d6 radiant damage and the next attack roll against it before your next turn has advantage. | +1d6 per spell slot level above 1st