You hurl a mote of fire at a creature or object within range. Make a ranged spell attack against the target. On a hit, the target takes 1d10 fire damage. A flammable object hit by this spell ignites if it isn’t being worn or carried.

Fire Bolt is the bread-and-butter blasting cantrip of Sorcerers and Wizards. It’s a no-fuss, big damage spell that can start fires and be cast endlessly — need I say more?

Who Can Cast Fire Bolt in 5e?

The following classes have Fire Bolt on their spell list:

No subclasses get Fire Bolt for free.

What Does Fire Bolt Do in 5e?

Fire Bolt is a ranged spell attack that deals 1d10 (5.5 average) fire damage on a successful hit. To make a ranged spell attack, roll a d20, then add your spellcasting ability modifier (Charisma for Sorcerers, Intelligence for Wizards and Artificers) and proficiency bonus to the result.

If you meet or exceed the target’s AC (Armor Class), then Fire Bolt lands and you can roll 1d10 for damage.

Like most cantrips, Fire Bolt’s damage automatically scales with character level. At levels 5, 11, and 17, casters can add an additional d10 to their damage roll.

Note that this is not tied to class level, so a single level of multiclassing to get Fire Bolt will allow its damage to scale without continuing to level that class.

What Are the Rules for Fire Bolt in 5e?

The rules for Fire Bolt in DnD 5e are as follows: 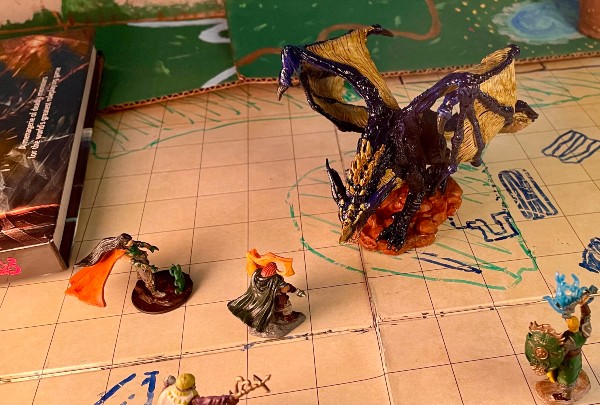 You use Fire Bolt as your bread-and-butter damaging cantrip for most combats. Besides that, keep these tips in mind:

Who Can I Target With Fire Bolt 5e?

You can target creatures or objects with Fire Bolt in 5e. Creatures won’t ignite from Fire Bolt, nor will objects that they are wearing or holding.

But if a flammable object that is neither worn nor held is hit by Fire Bolt, it ignites in flames. The severity and degree of these flames are largely up to the DM. An object also has an AC and hit points, as described in the Dungeon Master’s Guide (pg. 246-7).

Yes, Fire Bolt is a good spell. It’s a fine choice if you’re playing a pure spellcaster that doesn’t plan on using a weapon. Consistent average damage of 5.5 (scaling to 11, 16.5, and 22 as you level) is definitely solid when you don’t need/want to use a more impactful spell.

That being said, Fire Bolt doesn’t offer any utility, as (lower) damaging cantrips like Chill Touch, Ray of Frost, or Mind Sliver do. Additionally, fire is the most common resistance/immunity in the DnD 5e (although this point is overblown and not a huge factor in most campaign settings).

A common question players have is whether the big damage of Fire Bolt means that it’s the obvious best choice for their cantrip blasting spell. The answer is no, it’s definitely not obvious.

Chill Touch only deals 1 less average damage, deals less often-resisted necrotic damage, and prevents all healing/regeneration on the target for a round of combat — a strong choice for many scenarios.

Mind Sliver offers a debuff that benefits every spell caster in the group who’s got saving throw-based spells. And Ray of Frost helps control the battlefield a bit more, especially in conjunction with other effects.

Even Toll the Dead can deal more damage (1d12) to an already-damaged creature, albeit at a shorter range.

But really, the question comes down to whether you want the biggest replicable damage at the best range or a little extra utility in your cantrip spell. It’s perfectly valid to have Fire Bolt as your basic damaging spell and a more utility-based damaging cantrip as your secondary option for appropriate scenarios.

A common player request is to change Fire Bolt’s damage type and make it into “Frost Bolt” or “Thunder Bolt” or whatever. The reason Fire Bolt got the biggest damage on a cantrip (aside from the godly Eldritch Blast) is because fire is the most common resistance/immunity of creatures in the game.

However, if a player really wants to flavor Fire Bolt to fit their character’s story better and they’re not just trying to cheesily metagame around this flaw of the spell, then I say let them do it. It won’t break the game and it’ll help make their character feel more thematically complete.

On the restrictive side of things, I’d say don’t let players melt locks or any other metal with Fire Bolt. Even a spell like Heat Metal doesn’t do something like this, so save your back-of-the-napkin physics lesson for someone else, pal. “Spells only do what they say” is the refrain and mantra of the game’s developers, so let’s stick with that.

On the less clear side is something like a wooden door — can players just burn down every one of these with a cantrip from now on? I vote “no” in most cases — wood doors are usually varnished or protected in some way, so they shouldn’t light up instantaneously. Plus, they have hit points of their own, so unless the 1d10 breaks them, they should stay standing.

That being said, an especially run-down piece of wood would probably be annihilated by Fire Bolt — no rolls required.