You create a lash of lightning energy that strikes at one creature of your choice that you can see within 15 feet of you. The target must succeed on a Strength saving throw or be pulled up to 10 feet in a straight line toward you and then take 1d8 lightning damage if it is within 5 feet of you.

Tasha’s Cauldron of Everything, pg. 107

Lightning Lure first came to the 5th edition of Dungeons and Dragons with the Sword Coast Adventurer’s Guide. (SCAG 143) It was later updated in Tasha’s Cauldron of everything alongside Booming Blade and Green-Flame Blade.

While players don’t typically go wild for Lightning Lure, it does have a place in the spellbooks of gish-like character builds that like a bit of magic with their melee bashing. We’ll cover a few fun ways to use the spell, as well as clear up common rules questions and misconceptions.

Who Can Cast Lightning Lure in 5e?

The following classes have Lightning Lure on their spell list:

No subclasses get Lightning Lure for free. However, Arcana Clerics can pick it up as one of their two free Wizard cantrips (SCAG 125).

What Does Lightning Lure Do in 5e?

Lightning Lure forces a Strength saving throw for a creature in range. If they fail, they’re pulled up to 10 feet directly towards the caster. They also take 1d8 (average 4.5) lightning damage if they end the pull within 5 feet of the caster.

Simple enough stuff, but the rules section shows that there’s plenty of confusion around this electrifying cantrip. 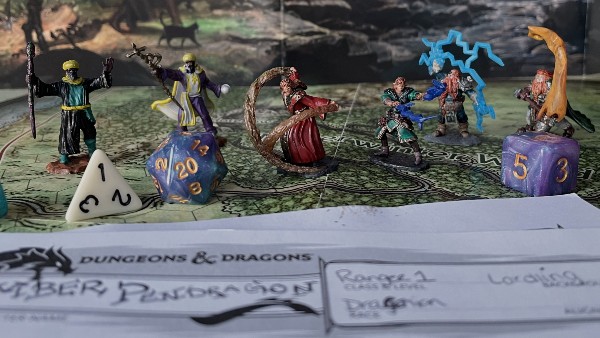 What Are the Rules for Lightning Lure in 5e?

The rules for Lightning Lure in DnD 5e are as follows:

How Do I Use Lightning Lure in 5e?

Here are a few tactical and strategic tips for how to use Lightning Lure in combat and in a character build:

Who Can I Target With Lightning Lure 5e?

You can only target a creature with Lightning Lure. You cannot pull an object to yourself or pull yourself up by targeting an elevated stationary object.

No, Lightning Lure is not a good spell on most character builds. Strength is a relatively high average ability score for creatures in the game’s main sourcebooks, and while lightning damage isn’t an especially common immunity, it’s one of the most common resistances in the game (~11% of the game’s creatures).

Lightning Lure also suffers from a very short range that makes it all but useless on full casters. Its lack of utility options is also a negative, as the option to target objects could open up some additional unique applications for this spell.

On the plus side, 1d8 is solid damage for a cantrip, and the lack of a somatic or material component opens up the door to cast this spell even while your hands are tied up.

All this being said, Eldritch Knight Fighters and Bladesinging Wizards can do some really interesting things with Lightning Lure, and any gish build will get decent mileage out of a spell that yanks baddies closer to them.

At first glance, Lightning Lure and Thorn Whip seem similar — they both deal some damage and pull the enemy closer. However, while Thorn Whip deals less damage (1d6; average 3.5) than Lightning Lure (1d8; average 4.5), Thorn Whip comes out ahead in every other area.

For starters, it’s a melee spell attack but has double the range. This opens it up for use with things like the Spell Sniper feat. It also opens up slightly more movement options, as the pull doesn’t have to be a straight line; it only has to move the creature closer to you (minor difference, but not nothing).

Let’s go over the DM questions we left you to consider in the rules section above. This is just my two cents on each subject:

Lightning Lure: (Evocation cantrip, Self (15-foot radius), V) Force a Strength saving throw. If target fails, pull it up to 10 feet directly toward you and it takes 1d8 lightning damage if it is within 5 feet of you. | +1d8 at 5th, 11th, and 17th levels.