A beam of crackling energy streaks toward a creature within range. Make a ranged spell attack against the target. On a hit, the target takes 1d10 force damage.

The spell creates more than one beam when you reach higher levels: two beams at 5th level, three beams at 11th level, and four beams at 17th level. You can direct the beams at the same target or at different ones. Make a separate attack roll for each beam.

Widely accepted as one of the most overpowered cantrips in DnD 5e, Eldritch Blast packs a considerable punch from level 1 all the way to level 20. Let’s dive into what makes this seemingly simple spell so darn special.

Who Can Cast Eldritch Blast in 5e?

The following classes have Eldritch Blast on their spell list:

The only other ways to get Eldritch Blast involve picking up a feat (Magic Initiate, Spell Sniper), multiclassing Warlock for one level, and the Bard’s Magical Secrets feature(s).

What Does Eldritch Blast Do in 5e?

Eldritch Blast deals force damage, which is one of the least common resistances in the game. At higher levels, a caster can send out multiple beams with one cast of Eldritch Blast, either all at the same target or at different targets in range. The caster makes separate attack rolls for each beam.

Finally, Eldritch Blast comes with a whole host of potential Warlock Invocations (acquired starting at level 2) that significantly increase the power and utility of the spell:

Note that you can apply multiple Invocations simultaneously — you are only limited by the maximum number of Invocations known for your Warlock level.

What Are the Rules for Eldritch Blast in 5e?

There are no complicated rules for Eldritch Blast itself, but there are some interactions with other spells, features, and Invocations that are worth clearing up:

Here are other rules regarding Eldritch Blast covered on Sage Advice: 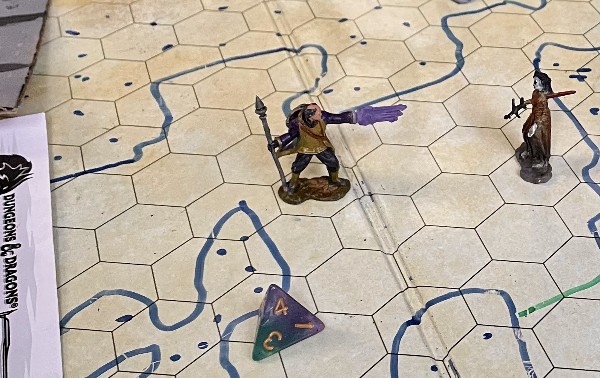 How Do I Use Eldritch Blast in 5e?

If you’re going for a ranged, spellcasting-focused Warlock, you already know how to use Eldritch Blast — as your main source of damage. But if you’re looking to optimize your build around this cantrip from the start, here are some things to keep in mind:

Yes, Eldritch Blast was undeniably the best damaging cantrip in the original source material for DnD 5e. For Warlocks with access to Invocations, that’s still arguably the case.

Here are the top reasons why Eldritch Blast is so good:

Invocation potential. This is why Eldritch Blast is in a league of its own as far as cantrips go. Agonizing Blast in particular ensures steady damage by always adding your Charisma modifier to the spell’s damage. That damage gets tacked onto each and every beam, multiplying the Invocation’s effect each time the spell levels up.

Being able to push an enemy up to 40 feet away in one turn with Repelling Blast is also incredibly powerful and basically ensures that your target won’t be able to get involved in the fight. Lance of Lethargy offers a similar effect, and when stacked with Repelling Blast, you’re basically Spiderman webbing a foe to the nearest wall.

Furthermore, the fact that invocations (aside from Grasp of Hadar) apply to each Eldritch Blast beam means they scale incredibly well throughout the game

In short, Eldritch Blast is already a top-tier cantrip at level 1. Its ability to scale with levels and invocations means that it’s your go-to damaging ability throughout the game.