Each object in a 20-foot cube within range is outlined in blue, green, or violet light (your choice). Any creature in the area when the spell is cast is also outlined in light if it fails a Dexterity saving throw. For the duration, objects and affected creatures shed dim light in a 10-foot radius.

Faerie Fire has changed a lot since DnD’s first edition, but it’s still an iconic spell that lights everything and everybody in range up with color auras. Here we’ll cover frequently-asked about rules as well as the best situations and ways to use Faerie Fire.

Who Can Cast Faerie Fire in 5e?

The following classes have Faerie Fire on their spell list:

The following subclasses get Faerie Fire for free:

What Does Faerie Fire Do in 5e?

Faerie Fire instantly illuminates each object in a 20-foot cube in a color of your choice and forces each creature (friend, foe, and yourself included) in the cube to make a Dexterity saving throw. On a fail, the creature is also illuminated, and any attack against it has advantage.

What Are the Rules for Faerie Fire in 5e?

The rules for Faerie Fire in DnD 5e are as follows:

How Do I Use Faerie Fire in 5e?

Here are some of the best ways to optimize Faerie Fire, as well as some alternative uses you can employ:

Faerie Fire’s also a fun spell to flavor. The colors they give as examples don’t really matter — you can use whatever color you feel goes with your character’s vibe. Or you could change it from fire entirely. 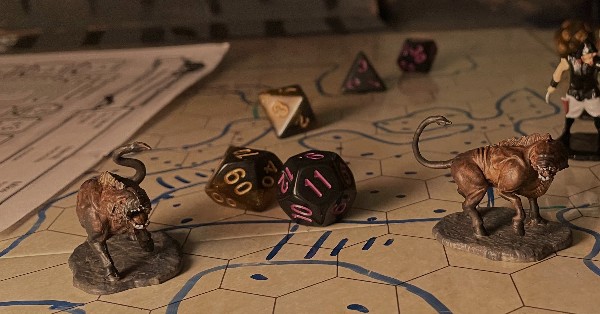 Yes, Faerie Fire is a great spell that scales incredibly well. Faerie Fire impacts a huge area (a 4×4 square on battle maps) and grants attack advantage against affected creatures for 10 rounds of combat, if you can maintain concentration. It only has one saving throw, which means if it lands, it sticks — incredibly powerful for such a huge party-wide damage boost.

Granting martials, and especially Rogues, attack advantage provides more raw damage than most first-level spells are capable of. It fits perfectly with support/utility builds that want to help other players shine, and you’ll be a party favorite if you make it a staple of your combat strategy.

Faerie Fire is a fairly straightforward spell to DM. Just remember that it’s a “glitter bomb” effect, meaning affected objects and creatures stay affected for the full duration, even if they leave the initial area where the spell was cast.

The other important thing to remember (and remind players about) is that Faerie Fire also affects friendly creatures.

Other than that, reward players who make creative use of the spell and encourage flavorful descriptions of the spell’s visible effects.