Skip to content
For the duration, you have advantage on all Charisma checks directed at one creature of your choice that isn’t hostile toward you. When the spell ends, the creature realizes that you used magic to influence its mood and becomes hostile toward you. A creature prone to violence might attack you. Another creature might seek retribution in other ways (at the DM’s discretion), depending on the nature of your interaction with it.

Casting Time: 1 action
Range: Self
Components: S, M (a small amount of makeup applied to the face as this spell is cast)
Duration: Concentration, up to 1 minute
School: Enchantment cantrip

From making fast pals to making even faster enemies, the Friends spell is disparaged by players far and wide who find its short-term benefit not worth the lingering side effects.

Nevertheless, we’ll be going over a few good ways to use this enchanting cantrip in your next session, as well as (try) to unpack some of the headier rules discussions around Friends.

And for DMs who agree with players who find this spell somewhat lacking, we’ve even got a few tips for simple house rules to bring the spell up to speed. But first, the basics.

Who Can Cast Friends in 5e?

The following classes have Friends on their spell list:

No subclasses get Friends for free.

What Does Friends Do in 5e?

Friends causes the caster to have advantage on all Charisma checks (Deception, Performance, Persuasion, and Intimidation) directed at one non-hostile creature for up to 1 minute (concentration permitting). After the spell ends, the creature automatically becomes hostile toward the caster, realizing that it’s been influenced by magic.

Before we get into the deeper rules discussions around the Friends spell, let’s save ourselves some hassle by turning to the Dungeon Master’s Guide, which kindly lays out exactly what DnD 5e’s definition of “hostile” is:

A hostile creature opposes the adventurers and their goals but doesn’t necessarily attack them on sight. For example, a condescending noble might wish to see a group of upstart adventurers fail so as to keep them from becoming rivals for the king’s attention, thwarting them with slander and scheming rather than direct threats and violence. The adventurers need to succeed on one or more challenging Charisma checks to convince a hostile creature to do anything on their behalf. That said, a hostile creature might be so ill-disposed toward the party that no Charisma check can improve its attitude, in which case any attempt to sway it through diplomacy fails automatically.

TLDR: There are tiers of hostility, and even the most hostile creature may not engage in violence to express their hostility.

While this is more subjective than most DnD “rules,” I’d like to point out now that it’s unlikely that a creature’s hostility at being duped into conversing more freely than usual will amount to an automatic bout of combat. Especially if you’re in polite society where aggravated assault is usually frowned upon more than smooth-talking.

What Are the Rules for Friends in 5e?

The rules for Friends in DnD 5e are as follows: 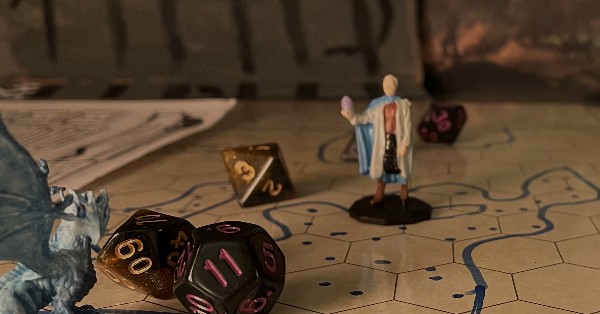 How Do I Use Friends in 5e?

Here are a few fun ways to use the Friends spell in DnD 5e:

Who Can I Target With Friends 5e?

You target yourself with Friends, and can then direct its Charisma-boosting effects at a creature of your choice that’s not hostile toward you. It is unclear if you need to be able to see the creature you want to target, have a clear path to them, or even know where they are.

Is Friends 5e a Good Spell?

No, Friends is not a good spell for most characters. The fact that it automatically triggers hostility in a targeted creature once the effects wear off means that the lasting impression is one of enmity rather than friendship.

That being said, if you are able to reliably disguise yourself before casting Friends and/or only use it in situations where the hostility aftereffect won’t matter, it can be a useful way to increase your odds of successfully using your Charisma to perform for, deceive, persuade, or intimidate people.

Charm Person is a 1st-level spell that’s similar to Friends. Here are the main differences:

Overall, Charm Person gets you a whole lot more with a whole lot less downside. The only bad part is that it’s a save-or-suck leveled spell, so you might waste an action and a spell slot for no benefit.

These tips are to help DMs roleplay the various ways that a creature could display being “hostile toward a player” (that aren’t violence):

Don’t forget, the DMG says that a few “challenging Charisma checks” might be able to win over a hostile creature, so remind players that all is not lost if a creature isn’t 100% hellbent on retribution.

It’s no secret that most players hate Friends (the spell, not the hit NBC sitcom). Here are a few common house rules that players use to make this enchanting cantrip a tad more palatable for folks who aren’t keen on making enemies wherever they go:

Ultimately, you don’t have to do anything to “fix” Friends. While it might not be the best cantrip in the game, it certainly has its place when combined with other spells, tactics, and strategies.

Now for the second Friends-related question that we left DMs with above in the rules section: how to handle a player who wants to use Friends to trigger hostility from a random creature they’ve never met (hey Tiamat, wanna be “Friends”?)

In my opinion, this strict RAW reading of Friends is silly and should be ignored entirely. At my table, if a player doesn’t use Friends to actually interact with the creature, the creature isn’t aware that magic was used and doesn’t become hostile against the player.

After all, the only spell that works across distances and planes of existence like this is the 5th-level spell, Dream — and even that requires “a creature known to you…”one the same plane of existence as you.” Surely, the games’ developers didn’t intend for a cantrip to have greater-reaching effects than powerful leveled spells.

But if you decide that this application of Friends is cool at your table, I’d suggest playing the hostility as a predisposition if/when the creature ever meets the player. I don’t think Tiamat would fly directly toward the punk-ass player who cast Friends on them from half the world away.

Friends: (Evocation cantrip, Self, Concentration, up to 1 minute, S/M (a small amount of makeup applied to the face as this spell is cast)) Gain advantage on all Charisma checks directed at one creature of your choice that isn’t hostile toward you. When the spell ends, the creature becomes hostile toward you. (“hostile” definition DMG pg. 244)