You make yourself, including your clothing, armor, weapons, and other belongings on your person, look different until the spell ends or until you use your action to dismiss it. You can seem 1 foot shorter or taller and can appear thin, fat, or in between. You can’t change your body type, so you must adopt a form that has the same basic arrangement of limbs. Otherwise, the extent of the illusion is up to you.

To discern that you are disguised, a creature can use its action to inspect your appearance and must succeed on an Intelligence (Investigation) check against your spell save DC.

Unwelcome at a local establishment, a Bard quickly disguises himself as one of the tavern’s regular patrons. An old Wizard changes into a dashing young prince to gain entry into the castle’s inner wall. A Sorcerer disguises herself as a local street tough to learn about a crime syndicate she’s been tracking.

Disguise Self is a fun spell with great, if somewhat limited, role-playing potential. We’ll cover the spell’s basics, how to optimize your use of it, and the various rules and applications of Disguise Self.

Who Can Cast Disguise Self in 5e?

The following classes have Disguise Self on their spell list:

The following subclasses get Disguise Self for free:

Warlocks can also pick up the Eldritch Invocation “Mask of Many Faces,” which allows them to cast Disguise Self at will, without expending a spell slot (PHB 111).

If your DM uses the racial feats introduced in Tasha’s Cauldron of Everything, Deep Gnomes (Svirfneblin) can pick up Svirneblin Magic, which allows them to cast Disguise Self once a day (TCoE 115).

What Does Disguise Self Do in 5e?

Disguse Self instantly transforms your character into a different appearance for up to an hour. It comes with limitations about how much you can adjust your height (1 foot in either direction), and the illusion does not hold up to physical scrutiny (objects pass through any illusion-based images, and bump into objects the illusion is concealing).

Importantly, you can’t change your basic body arrangement. Bipedal casters with two arms have to maintain that limb layout when disguising themselves.

Disguise Self can conceal or add to what you’re wearing and holding.

Disguise Self lasts for one hour or until you dismiss the disguise. A creature can also use its action to make an Investigation check against your spell save DC. If it passes, it sees that you are disguised.

What Are the Rules for Disguise Self in 5e?

The rules for Disguise Self in DnD 5e are as follows: 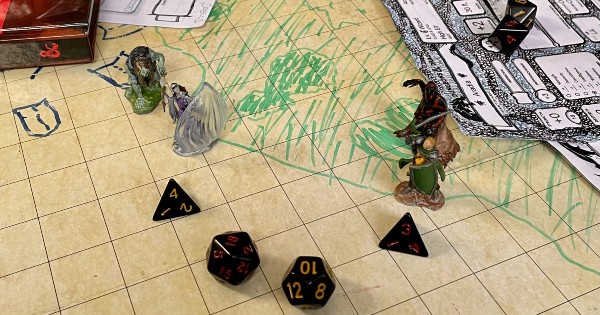 How Do I Use Disguise Self in 5e?

Disguise Self certainly has limitations and won’t usually offer direct combat advantages. Still, it has plenty of fun applications:

Who Can I Target With Disguise Self 5e?

You can only target yourself with Disguise Self.

Is Disguise Self 5e a Good Spell?

Yes, Disguise Self is a good spell if the situation calls for subtlety, stealth, and subterfuge. In combat situations, it has very limited uses, so it’s best reserved for scenarios where words are a better option than swords.

Disguise Self comes with several limitations, including not holding up to physical examination, possibly failing to visual inspection, being unable to change your basic body shape, and being restricted to a certain height and weight cap.

Disguise Self 5e Compared to Alter Self

At first glance, you may think that learning Alter Self at second level makes Disguise Self completely obsolete. While Alter Self certainly does have more and greater applications than Disguise Self, it also comes with limitations that Disguise Self doesn’t have.

Most importantly, Disguise Self is able to alter the appearance of your clothing and equipment. Additionally, Alter Self requires concentration, whereas Disguise Self does not.

While Alter Self is certainly the superior spell, it doesn’t make Disguise Self entirely useless.

As a DM, it’s important to set some ground rules early for players who have unrealistic applications in mind for Disguise Self. Make sure players understand that they won’t be gaining any massive combat advantages by turning into a Werewolf and that their voice will remain that of an old Dwarf, even if they take the appearance of a princess.

On the positive side, you can be nice and grant advantages from Disguise Self, like boosting a Stealth check for a player who uses Disguise Self to camouflage in with their surroundings.

While the spell doesn’t explicitly grant any advantages, “The DM can also decide that circumstances influence a roll in one direction or the other and grant advantage or impose disadvantage as a result” (PHB 173).

The rules of Disguise Self are somewhat vague and open to interpretation. Having out-of-game conversations about the limits of Disguise Self can help avoid situations where players become frustrated. It’s equally important that you protect yourself from becoming frustrated with players abusing Disguise Self after you let them get away with a cool thing that one time.

Finally, get excited about rewarding players who make creative use of Disguise Self. Don’t let the rules get too much in the way of a memorable role-playing experience.

Disguise Self: (1st level, Self, 1 hour, V/S) Change the appearance of your body and objects you’re wearing or holding. You can seem a maximum of 1 foot shorter or taller and cannot change your body type. Changes don’t hold up to physical inspection. A creature can use its action to make an Investigation check against your spell save DC to discern that you are disguised.