For the duration, you can read the thoughts of certain creatures. When you cast the spell and as your action on each turn until the spell ends, you can focus your mind on any one creature that you can see within 30 feet of you. If the creature you choose has an Intelligence of 3 or lower or doesn’t speak any language, the creature is unaffected.

You initially learn the surface thoughts of the creature — what is most on its mind in that moment. As an action, you can either shift your attention to another creature’s thoughts or attempt to probe deeper into the same creature’s mind. If you probe deeper, the target must make a Wisdom saving throw. If it fails, you gain insight into its reasoning (if any), its emotional state, and something that looms large in its mind (such as something it worries over, loves, or hates). If it succeeds, the spell ends. Either way, the target knows that you are probing into its mind, and unless you shift your attention to another creature’s thoughts, the creature can use its action on its turn to make an Intelligence check contested by your Intelligence check if it succeeds, the spell ends.

Questions verbally directed at the target creature naturally shape the course of its thoughts, so this spell is particularly effective as part of an interrogation.

You can also use this spell to detect the presence of thinking creatures you can’t see. When you cast the spell or as your action during the duration, you can Search for thoughts within 30 feet of you. The spell can penetrate barriers, but 2 feet of rock, 2 inches of any metal other than lead, or a thin sheet of lead blocks you. You can’t detect a creature with an Intelligence of 3 or lower or one that doesn’t speak any language.

Once you detect the presence of a creature in this way, you can read its thoughts for the rest of the duration as described above, even if you can’t see it, but it must still be within range.

Detect Thoughts is a powerful 2nd-level divination spell that operates on three levels — detecting, reading, and probing thoughts in the area around the caster. We’re going to cover how exactly Detect Thoughts works, how to use it well, and different ways for dungeon masters to play the spell.

Who Can Cast Detect Thoughts in 5e?

The following classes have Detect Thoughts on their spell list:

The following subclasses get Detect Thoughts for free:

Great Old One Warlocks also have access to Detect Thoughts on their expanded spell list (PHB 110). The Telepathic feat (TCoE 81) also allows for players to cast Detect Thoughts once a day, or by expending 2nd-level or higher spell slot, if they have one.

What Does Detect Thoughts Do in 5e?

Detect Thoughts is a self-buff that allows the caster to read the thoughts of a creature within 30 feet that has a language and Intelligence higher than 3. If you can see the creature whose thoughts you want to read, you can immediately focus your mind on that creature and read its surface thoughts (more on what that means in the rules below).

If you choose to probe the creature’s mind, it will become aware of your presence in its mind and make a Wisdom saving throw. If it passes, the spell ends. If it fails, you can probe deeper into its mind (more below).

Detect Thoughts also allows the caster to simply scan the 30-foot radius around them for intelligent thought upon casting the spell and again as an action on their turn for the duration of the spell (1 minute, concentration allowing). After detecting a creature’s thoughts this way, they can read the creature’s surface thoughts, and attempt to probe deeper using the same rules as above if they wish.

Now onto the thornier rules of Detect Thoughts…

What Are the Rules for Detect Thoughts in 5e?

The rules for Detect Thoughts in DnD 5e are as follows: 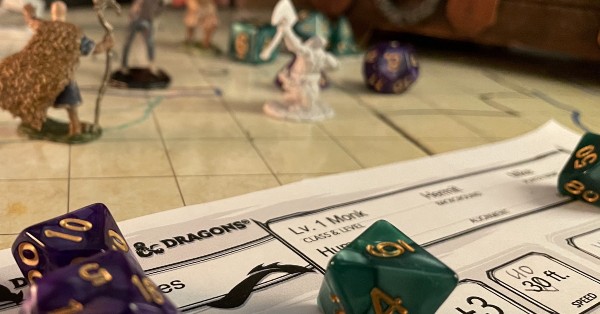 How Do I Use Detect Thoughts in 5e?

There are plenty of ways to use Detect Thoughts to gain an edge for your party. Here are some ideas:

Who Can I Target With Detect Thoughts 5e?

Detect Thoughts doesn’t work on creatures that have an Intelligence of 3 or lower and/or don’t have a language. Common creatures that lack a language include most beasts, plants, oozes, constructs, and undead creatures. Note that while constructs can understand languages, they don’t speak them (which is the requirement of the spell).

Yes, Detect Thoughts is a good spell. It can provide useful information or clues even when just used to scan surface thoughts. Successfully probing deeper into the creature’s mind allows for incredible insight, especially for a spell that only takes up a 2nd-level spell slot.

The problem for many DMs is that Detect Thoughts often spoils a great plot point when followed rules as written. If you feel that your players are getting a bit too much mileage out of this second-level spell, keep these tips in mind:

Overall, don’t feel too hard that you have to “beat” players who are trying to get an edge with Detect Thoughts — that’s why they picked the spell up in the first place. But if you notice that Detect Thoughts is trivializing social encounters or sucking the fun out of the intrigue-heavy campaign you’re running, these are all options to make the second-level spell feel a little more balanced.

Detect Thoughts: (2nd-level, self (30-feet), concentration, up to 1 minute, V/S/M (a copper piece)) For the duration, you can read the thoughts of creatures in range that speak a language and have an Intelligence of 4 or higher. When you cast this spell and as your action for the spell’s duration, you can read the surface thoughts of a creature you can see. You can attempt to probe deeper into the creature’s mind, forcing it to make a Wisdom saving throw. If it succeeds, the spell ends. If it fails, you gain insight into its deeper thoughts, motivations, emotions, and preoccupations. Either way, the creature is aware that you are probing its mind. Unless you shift your attention, it can use an action on its turn to make an Intelligence check contested by your Intelligence check. If it succeeds, the spell ends early.

You can use an action to shift your attention to another creature you can see in range. You can also use this spell to detect the presence of thinking creatures you can’t see within range. Once you detect a creature this way, you can read its thoughts using the rules above.

You can continue to read a creature’s thoughts if you lose sight of it, as long as it remains in range and isn’t blocked by one or more of the following: 2 feet of rock, 2 inches of any metal but lead, or a thin sheet of lead.