For the duration, no sound can be created within or pass through a 20-foot-radius sphere centered on a point you choose within range. Any creature or object entirely inside the sphere is immune to thunder damage, and creatures are deafened while entirely inside it. Casting a spell that includes a verbal component is impossible there.

Silence has changed quite a bit since the first edition of Dungeons and Dragons, but it still serves its original functions admirably: shutting the yaps of muttering spellcasters and creating zones of total quiet/deafness.

While those seem like simple enough applications, players and DMs have plenty of questions about how exactly Silence works. We’ll go over that, as well as the best ways to use the spell for maximum effect and utility.

Who Can Cast Silence in 5e?

The following classes have Silence on their spell list:

The following subclasses get Silence for free:

What Does Silence Do in 5e?

Silence creates a 20-foot radius sphere, in which no sound can be created and through which no sound can pass through. Creatures entirely inside the sphere are deafened, and both creatures and objects are immune to thunder damage.

The deafened condition is exactly what it sounds like: creatures that are deafened cannot hear and automatically fail ability checks that require hearing (PHB 290).

Casting a spell with a verbal requirement within the area of Silence is impossible. This is the really valuable part of the spell, because 94.5% of DnD 5e spells have a verbal component.

That’s DnD 5e’s Silence in a nutshell. Now onto the thornier rules questions.

What Are the Rules for Silence in 5e?

The rules for Silence in DnD 5e are as follows: 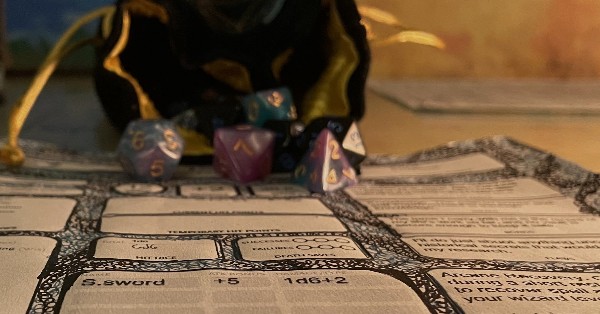 How Do I Use Silence in 5e?

Here are a few ways to use the Silence spell in DnD 5e:

Who Can I Target With Silence 5e?

You target a point space with Silence, not a creature or an object. The effect of Silence occupies a 20-foot radius sphere centered on the point you choose, which looks like this on a battle map where 1 square = 5 feet: 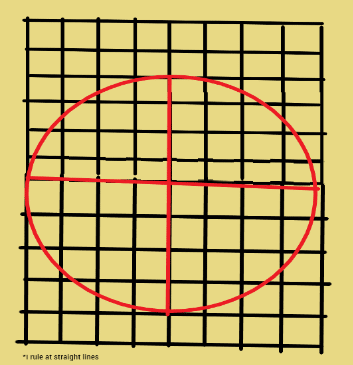 While the 1st edition of DnD version of Silence could follow a targeted creature if they failed their save or be cast on an object that could then be moved around after casting, the 5th edition version of Silence does not allow for either of these.

Is Silence 5e a Good Spell?

Yes, Silence is a good spell in DnD 5e, and you’ll find very few skilled players disagree with this assessment. At first glance, many new players think that Silence is incredibly easy to counter — just walk out of the sphere, and you’ve countered a 2nd-level spell with a single turn’s worth of movement.

But in practice, a party that works together with things like grapples, push/pull effects, and slows can put enemy spellcasters in truly hopeless positions. And since those are usually the most dangerous enemies you’ll face, Silence is useful for the entirety of a campaign.

Beyond its combat capability, Silence also comes with some fun extra utility. The ability to cast it as a ritual in non-time-sensitive missions means you often won’t even have to expend a spell slot to benefit from its effect.

Overall, your party will always be that much more prepared as long as one spellcaster has Silence ready to go.

As a DM defending against players who cast Silence on your spellcasters, you have a few things to consider. For starters, how do they react? Most creatures, especially those savvy enough to cast magic themselves, should realize that they’re in a completely silent area (total silence happening in the middle of a fight would be noticeable).

But do they think they’ve just been deafened, or do they realize that they’re in a zone of silence? That’s up to you, but in either case, they’ll realize that spellcasting isn’t working from where they’re standing, so they should most likely move away from where they are.

Whether they take the most direct path out of the zone of Silence is up to how meta-gamey you want to get, so try to balance your knowledge with the creature’s knowledge (no easy task).

As for DMing spellcasters that have Silence on their spell lists, employ the same tactics we suggested to players above. Pair the spell with push/pull effects, grapplers, and dangerous terrain effects/environmental conditions.

It can also be good to cast Silence on imprisoned spellcasters to prevent them from using any of their tricks to get out of their situation. Note that the 10-minute duration does limit the long-term feasibility of this tactic.

Silence: (2nd-level illusion (ritual), 120 feet, Concentration, up to 10 minutes, V/S) No sound can be created within or pass through a 20-foot-radius sphere centered on a point you choose. Creatures and objects inside are immune to thunder damage and deafened while entirely inside the sphere. Casting a spell with a verbal component is impossible there.