Skip to content
You grant the semblance of life and intelligence to a corpse of your choice within range, allowing it to answer the questions you pose. The corpse must still have a mouth and can’t be undead. The spell fails if the corpse was the target of this spell within the last 10 days.

Until the spell ends, you can ask the corpse up to five questions. The corpse knows only what it knew in life, including the languages it knew. Answers are usually brief, cryptic, or repetitive, and the corpse is under no compulsion to offer a truthful answer if you are hostile to it or it recognizes you as an enemy. This spell doesn’t return the creature’s soul to its body, only its animating spirit. Thus, the corpse can’t learn new information, doesn’t comprehend anything that has happened since it died, and can’t speculate about future events.

Speak With Dead is your spellcasting ticket to limited conversation with the deceased. It’s also one of the vaguer spells in Dungeons and Dragons, so we’ll do our best to parse the “rules” of Speak With Dead — both for DMs and for players to set realistic expectations.

This is true for all my spell guides, but especially true for this one: DMs have the last say on how spells work, and a lot of the “rules” of SwD are more guidelines than anything else.

We’ll also cover fun ways to use Speak With Dead, as well as my two cents on how to run it as a DM.

Who Can Cast Speak With Dead in 5e?

The following classes have Speak With Dead on their spell list:

The following subclasses get Speak With Dead for free:

What Does Speak With Dead Do in 5e?

Speak With Dead grants a corpse the ability to answer up to five questions. It only knows what it knew in life (languages included), and the answers aren’t elaborate or direct. If the corpse recognizes you as an enemy or hostile to it, its answers aren’t even necessarily truthful.

Importantly, but also somewhat vaguely, the creature’s soul isn’t returned to its body, only its “animating spirit.” The meaning of this is limited to the spell’s definition that the corpse can’t:

Other than that, DMs have fairly wide wiggle room with how much information they allow a corpse to divulge and how they choose to deliver that information.

Finally, Speak With Dead cannot be cast on a corpse that:

The “no mouth” rule leaves a lot to DM interpretation, but the other limitations are pretty straightforward.

What Are the Rules for Speak With Dead in 5e?

The rules for Speak With Dead in DnD 5e are as follows: 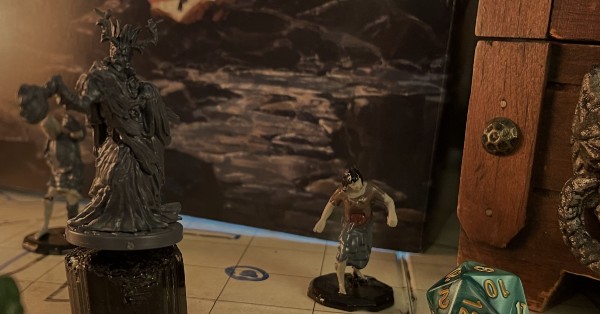 How Do I Use Speak With Dead in 5e?

Here are a few ways to use Speak With Dead in DnD 5e:

Who Can I Target With Speak With Dead 5e?

You can target a corpse within 10 feet with Speak With Dead, as long as the corpse:

Is Speak With Dead 5e a Good Spell?

Yes, Speak With Dead is a good spell — in certain campaigns and scenarios. If you’re playing in a world that’s heavy on intrigue, murder, and mystery, then Speak With Dead can be an invaluable way of learning important information.

Even in a more straightforward adventure, having the means to ask for information from someone who died in the place you’re currently investigating is almost never a bad idea.

That being said, Speak With Dead very much falls in the category of spell that’s power level is directly tied to how your DM chooses to run it. Speaking of which…

DMs have a lot of power to change how potent Speak With Dead is. I’ll give my two cents on how I like to rule the spell at my table.

Speak With Dead: (3rd-level necromancy, 10 feet, 10 minutes, V/S/M (burning incense)) Allow a corpse to answer up to five questions. The corpse must have a mouth, can’t be undead, and can’t have been on a target of this spell within the last 10 days.

The corpse only knows what it knew in life (languages included). Answers are usually brief, cryptic, or repetitive, and the corpse is under no compulsion to offer a truthful answer if you are hostile to it or it recognizes you as an enemy. The corpse can’t learn new information, doesn’t comprehend anything that has happened since it died, and can’t speculate about future events.