The wood of a club or quarterstaff you are holding is imbued with nature’s power. For the duration, you can use your spellcasting ability instead of Strength for the attack and damage rolls of melee attacks using that weapon, and the weapon’s damage die becomes a d8. The weapon also becomes magical, if it isn’t already. The spell ends if you cast it again or if you let go of the weapon.

A staple cantrip of the Druid class, Shillelagh is actually much more potent on other spellcasting classes. We’ll go over how the spell works, answer some rules questions, and discuss ways to maximize the potential of this seemingly simple cantrip.

Who Can Cast Shillelagh in 5e?

The following classes have Shillelagh on their spell list:

No subclasses get Shillelagh for free.

However, Rangers can learn the Druidic Warrior fighting style to learn two Druid cantrips, so Rangers also have access to Shillelagh (TCoE 57).

What Does Shillelagh Do in 5e?

Shillelagh turns a club or quarterstaff into a magical weapon that can use the caster’s spellcasting modifier rather than Strength for the attack and damage rolls. Additionally, the weapon’s damage die becomes a d8.

This lasts for 1 minute or until the caster lets go of the weapon, with no concentration required.

For reference, here’s how you calculate attack and damage rolls with Shillelagh:

What Are the Rules for Shillelagh in 5e?

The rules for Shillelagh in DnD 5e are as follows: 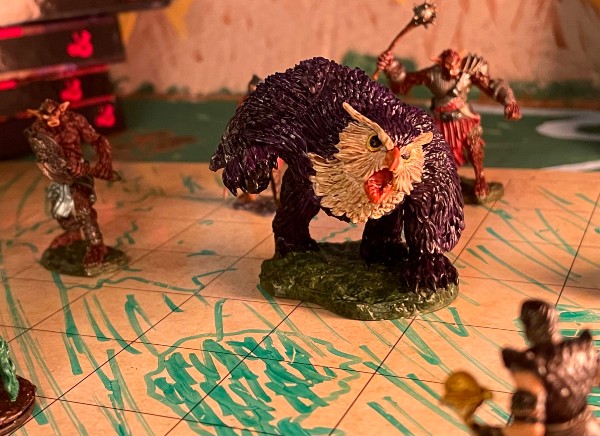 How Do I Use Shillelagh in 5e?

Here are a few ways to use Shillelagh in DnD 5e:

Is Shillelagh 5e a Good Spell?

Yes, Shillelagh is a good spell — just not on the class that it’s actually designed for (Druids). That said, before level 5 (when cantrip damage scales), Shillelagh is a very good option for Druids who are going to be in melee range but not using Wild Shape.

Rangers and Nature/Arcana Clerics will likely get the most mileage out of it past level 5, when they can pair it with Extra Attack and/or on-hit damage-dealing spells and abilities. For pure Druids, other cantrips become better options at level 5, and you should consider switching it out for a different cantrip via the Cantrip Versatility feature (TCoE 36).

Shillelagh 5e Compared to Other Cantrips

Let’s compare Shillelagh to other Druid cantrips on an average damage basis at 5th level. Thorn Whip deals an average of 7 damage, Produce Flame does 9, and Poison Spray does 13. Poison Spray can’t land a critical strike (it relies on a save, not an attack roll).

Shillelagh on a character with +4 Wisdom deals an average of 8.5 damage, with a minimum of 5 (because of the Wisdom modifier being added to a roll instead of it just being a flat roll). That consistency is nice, and the bonus action, 1-minute, and no concentration elements are very nice indeed.

This shows that Shillelagh can still kind of keep up with other damaging cantrips even after they get their damage boosted at 5th level.

Some pure Druid players get annoyed that Shillelagh doesn’t scale with character level as other damaging cantrips do. The reason for this is simple: multiclassing and feats that allow picking up cantrips.

If a Fighter got their hands on Shillelagh, its damage would scale untenably high once they got multiple Extra Attacks.

The solution, I think, is to just make Shillelagh something like Green-Flame Blade, where it’s a single magical melee weapon attack that uses your Spellcasting Modifier for the attack and damage rolls.

This is ultimately weaker than just saying the damage scales to 2d8, 3d8, and 4d8 with levels, which is a good thing. Because Shillelagh still benefits from the 1-minute duration and the possibility for crazy synergy via feats, allowing it to just straight up scale with damage (and get your ability score modifier added to the damage) would be too powerful, even on a pure Druid.

Shillelagh: (Transmutation cantrip, 1 bonus action, Touch, 1 minute, V/S/M (mistletoe, a shamrock leaf, and a club or quarterstaff)) Your club or quarterstaff becomes magical. You can use your spellcasting ability for the attack and damage rolls of melee attacks using that weapon and its damage is d8. The spell ends if you cast it again or release the weapon.