You brandish the weapon used in the spell’s casting and make a melee attack with it against one creature within 5 feet of you. On a hit, the target suffers the weapon attack’s normal effects and then becomes sheathed in booming energy until the start of your next turn. If the target willingly moves 5 feet or more before then, the target takes 1d8 thunder damage, and the spell ends.

This spell’s damage increases when you reach certain levels. At 5th level, the melee attack deals an extra 1d8 thunder damage to the target on a hit, and the damage the target takes for moving increases to 2d8. Both damage rolls increase by 1d8 at 11th level (2d8 and 3d8) and again at 17th level (3d8 and 4d8).

Tasha’s Cauldron of Everything, pg. 106

Booming Blade has been the talk of the town since its initial release in the Sword Coast Adventurer’s Guide. While it was eventually tweaked to be slightly less powerful for its final form in Tasha’s Cauldron of Everything, it’s still a wonderful choice with all sorts of fun applications.

It’s also the source of much player and DM misunderstanding, so let’s try to clear that up while also covering just what makes Booming Blade such an enticing cantrip for some characters.

Who Can Cast Booming Blade in 5e?

The following classes have Booming Blade on their spell list:

No subclasses get Booming Blade for free.

What Does Booming Blade Do in 5e?

Now let’s turn to the many, many misunderstandings about how Booming Blade works.

What Are the Rules for Booming Blade in 5e?

The rules for Booming Blade in DnD 5e are as follows: 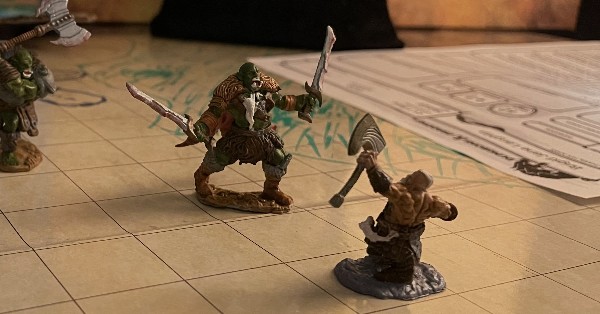 How Do I Use Booming Blade in 5e?

Here are a few ways to make the most of the Booming Blade cantrip:

Who Can I Target With Booming Blade 5e?

You can target one creature within 5 feet (melee range) with Booming Blade. While the range of the spell is listed as Self (5-foot radius), this was mainly done to prevent it from working with the Spell Sniper feat and reach weapons and other, more edge-case rules.

Yes, Booming Blade is a good spell for the right character build. For Rogue’s and anyone with the Mobile feat, the ability to force a melee enemy to make a tough decision is incredibly powerful. It almost works like a soft crowd control.

At higher levels, Booming Blade’s initial damage makes it even more attractive. An additional 1d8 thunder damage keeps it competitive with Extra Attack for most character builds. Speaking of which…

Many players argue whether it’s better to use Booming Blade or just use an Extra Attack. Luckily, RPGBOT did some great analysis (so I don’t have to :))

What he found is that Booming Blade is better than a single Extra Attack (so not for higher-level Fighters), as long as you get the secondary effects (the target moves on their turn and takes bonus damage).

I recommend reading it for a more thorough rundown of the situations where each option wins out.

First and foremost, I’d like to give my opinion that the ruling that “Shadow Blade does not work with Booming Blade” is silly and should be ignored. The combo does nothing game-breaking and is super cool to use/build a character around, so why prevent it?

We left DMs with another unresolved rule question: Does the creature know it’s “sheathed in booming energy”? My feeling is that, since players likely know when they’re affected by Booming Blade, other creatures should too.

But you can have more of a gray area — maybe some stupid and/or non-magic savvy creatures wouldn’t know enough to be afraid of a little extra static electricity after being hit with a weapon. On the other hand, a knowledgeable spellcasting foe ought to know what’s going on after being smacked with thunderous magical energy.

Ultimately, it’s up to you and whatever makes for satisfying gameplay. A lot of Booming Blade’s power comes from the fact that it forces a difficult decision anyway. So even if you do rule that creatures know they’ll take damage if they move, it doesn’t necessarily make Booming Blade any less tactically useful.

Booming Blade: (Evocation cantrip, Self (5-foot radius), S/M (a melee weapon worth at least 1 sp) Make a melee attack one creature in range with the weapon you use to cast this spell. On hit, target takes 1d8 additional thunder damage if it willingly moves before your next turn. | At 5th level, the melee attack deals an extra 1d8 thunder damage to the target on a hit, and the damage the target takes for moving increases to 2d8. +1d8 to both damage rolls at 11th and 17th level.