You point your finger, and the creature that damaged you is momentarily surrounded by hellish flames. The creature must make a Dexterity saving throw. It takes 2d10 fire damage on a failed save, or half as much damage on a successful one.

At Higher Levels. When you cast this spell using a spell slot of 2nd level or higher, the damage increases by 1d10 for each slot level above 1st.

Casting Time: 1 reaction, which you take in response to being damaged by a creature within 60 feet of you that you can see
Range: 60 feet
Components: V, S
Duration: Instantaneous
School: 1st-level evocation

Being rebuked isn’t a nice feeling, but at least it doesn’t normally come with a burning sensation. Hellish Rebuke takes sharp disapproval to the next level by engulfing the foe who smacked you in flames.

Let’s cover exactly how Hellish Rebuke works in 5e, as well as some of the niche rulings and uses that may come up at your table. We’ll also compare to other options on the Warlock spell list to see if its worth picking up.

Who Can Cast Hellish Rebuke in 5e?

The following classes have Hellish Rebuke on their spell list:

No subclasses get Hellish Rebuke for free.

However, starting at 3rd level, all Tieflings can cast Hellish Rebuke once per day as a 2nd-level spell.

What Does Hellish Rebuke Do in 5e?

Hellish Rebuke forces an enemy who damaged you to instantly make a Dexterity saving throw. On a fail, they take 2d10 (11 average) fire damage or half as much (5.5 average) on a pass.

Upcasting increases the damage by 1d10 for each slot level above the first. Since Warlocks automatically cast spells at the highest level available, Hellish Rebuke’s damage scales well at higher levels.

What Are the Rules for Hellish Rebuke in 5e?

The rules for Hellish Rebuke in DnD 5e are as follows: 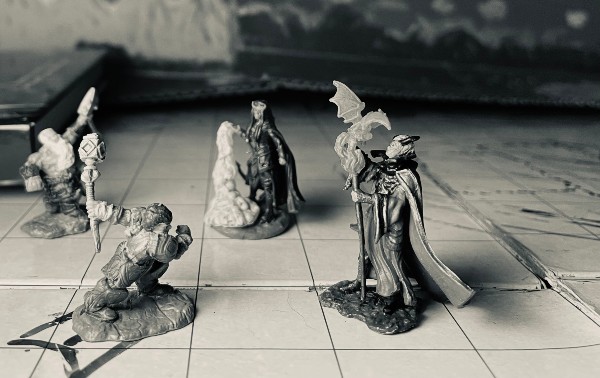 How Do I Use Hellish Rebuke in 5e?

There’s really only one time you can use Hellish Rebuke — when you’ve taken damage from a creature you can see within 60 feet of you. That being said, let’s look at some ways to optimize your use of the spell:

Who Can I Target With Hellish Rebuke 5e?

You can target any creature with Hellish Rebuke so long as:

Yes, Hellish Rebuke is a good spell. It has the highest average damage of any 1st-level Warlock spell and its reaction casting time means that you still have an opportunity to use your action however you like on your turn.

That brings a low-level Warlock’s damage-per-round to a crazy high level, even if you can only pull it off once in a while due to running out of spell slots.

Plus, it’s just flavorful as hell to blast a baddie into firey smithereens the moment they dare to strike you.

Hellsih Rebuke is certainly better than Witch Bolt, another 1st-level damaging Warlock spell. Witch Bolt’s low range, easy-to-break nature, and mediocre damage all conspire to make it one of the worst spells in the game in almost every scenario.

Armor Of Agathys, on the other hand, offers 1 full hour (no concentration required) of a guaranteed 5 (scaling by 5 per level) cold damage in response to being hit with a melee attack. It also gives you a nice cushion of equally well-scaling temporary hit points.

In most scenarios, you’ll get more overall utility (and damage, in the long run) from Armor Of Agathys. That being said, there’s no reason you can’t have both spells and build your character around getting hit a lot. Clockwork Soul Sorcerer’s 6th-level feature, Bastion Of Law, for example, pairs really well with this sort of build.

We left DMs with two major issues in the rules section above:

Like all things, you can rule it however you like. My perspective, for example, is that it’s more fun to answer “Yes” to question one and “No” to answer two, so that’s how I play Hellish Rebuke at my table.

There’s just something epic about lighting your adversary in flames even as he strikes you unconscious, and something so cheesy about walking into a fire and saying “you bastard, taste my vengeful flame!”

But hey, that’s just my opinion.

Hellish Rebuke: (1st-level, 1 reaction (after being damaged by a creature you can see), 60 feet, V/S) The creature who damaged you makes a Dexterity saving throw. It takes d10 fire damage on a failed save, of half as much on a successful one. | +1d10 per spell slot above 1st.