An invisible barrier of magical force appears and protects you. Until the start of your next turn, you have a +5 bonus to AC, including against the triggering attack, and you take no damage from Magic Missile.

Casting Time: 1 reaction, which you take when you are hit by an attack or targeted by the Magic Missile spell
Range: Self
Components: V, S
Duration: 1 round
School: 1st-level abjuration

A Goblin’s arrow is whizzing toward you; an Orc’s ax coming directly for your face; a Drow Mage’s Magic Missile is almost upon you. Fear not, adventurer. With the Shield spell, you can bolster your defenses at the last minute, and keep up your guard for the remainder of the round as well.

Who Can Cast Shield in 5e?

The following classes have Shield on their spell list:

The following subclasses get Shield for free:

What Does Shield Do in 5e?

Shield instantly gives the caster +5 AC and Magic Missile immunity for the remainder of the round, and can only be used in reaction to an attack or Magic Missile targeting the caster.

It’s a fairly straightforward defensive spell with no upcast potential but serious utility all throughout the game. There are a few common questions about Shield though.

What Are the Rules for Shield in 5e?

The rules for Shield in DnD 5e are as follows: 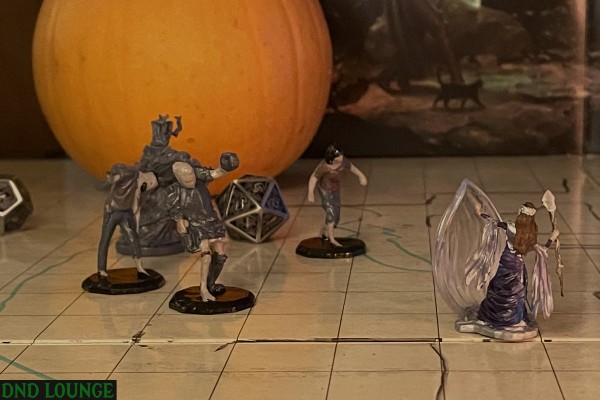 Shield is obviously good for reacting to being smacked or Magic Missile’d. Here are some additional fun ways to use Shield:

Is Shield 5e a Good Spell?

Yes, Shield is an incredibly good spell that any caster should consider taking. The classic classes that have Shield (Sorcerer and Wizard) are typically easy targets with low ACs and hit point pools.

Having an instant reaction that not only helps against the triggering attack but provides protection for a full round of combat, is usually enough to save your life at least once in a fight.

+5 AC and Magic Missile immunity are also relevant throughout the game, not just at early levels. While there’s no upcast potential from Shield, having it available for a cheap 1st-level spell slot in the late to mid-game feels really good.

Both Shield and Absorb Elements are incredibly powerful first-level spells.

Absorb Elements is also used as a reaction, but specifically when taking damage from acid, cold, fire, lightning, or thunder damage. It instantly cuts the damage in half and allows you to add 1d6 of that type of damage if you land a melee attack on your next turn.

Overall, both Shield and Absorb Elements are worth having if you’re a defensively-minded Sorcerer or Wizard, but you can use these general guidelines when prioritizing which spell to pick up first.

As a DM, it’s up to you how much information you let slide about how high your creatures’ attack rolls are. Do you tell players they’ve been critically struck the moment you see a 20 or do you just let them know they’ve been hit?

For new players, I recommend letting Shield always work on the triggering attack. It’s a frustrating feeling to have some mystery dice roll tell you that your spell didn’t do diddly squat. Experienced players can handle this reality, and are more cognizant of the full round effect of Shield.

Another thing that may come up is whether other enemies notice that the caster is shielded for the rest of the round. The spell clearly states that the Shield is invisible, so you should do your best to separate what you know and what the creatures that you’re controlling know.

In other words, the stupid Goblins should probably keep attacking the Wizard who’s shielded himself, while the savvy Drow Mage might recognize a Shield absorbing her Magic Missiles.

Shield: (1st-level, 1 reaction in response to being hit or targeted by Magic Missile, Self, 1 round, V/S) +5 AC and Magic Missile immunity until the start of your next turn.