A veil of shadows and silence radiates from you, masking you and your companions from detection. For the duration, each creature you choose within 30 feet of you (including you) has a +10 bonus to Dexterity (Stealth) checks and can’t be tracked except by magical means. A creature that receives this bonus leaves behind no tracks or other traces of its passage.

Casting Time: 1 action
Range: Self
Components: V, S, M (ashes from a burned leaf of mistletoe and a sprig of spruce)
Duration: Concentration, up to 1 hour
School: 2nd-level abjuration

Ah, Pass Without Trace, the spell that’s been giving dungeon masters headaches since the first edition of Dungeons and Dragons. In the fifth edition, it’s an impressively powerful spell.

It can also quickly get out of hand if you don’t fully grasp the spell’s rules and intended applications, so we’ll be deep-diving into both of those things, as well as tips for DMs struggling to run the spell at their table.

Who Can Cast Pass Without Trace in 5e?

The following classes have Pass Without Trace on their spell list:

The following subclasses get Pass Without Trace for free:

What Does Pass Without Trace Do in 5e?

Pass Without Trace grants the caster and any creature within 30 feet of them that they choose a +10 bonus to their Stealth ability checks. Affected units also leave behind no traces of their passage (hence the spell’s name) and can’t be tracked except by magical means.

That’s really all there is to it. However, there are a few thorny and common questions about Pass Without Trace.

What Are the Rules for Pass Without Trace in 5e?

The rules for Pass Without Trace in DnD 5e are as follows: 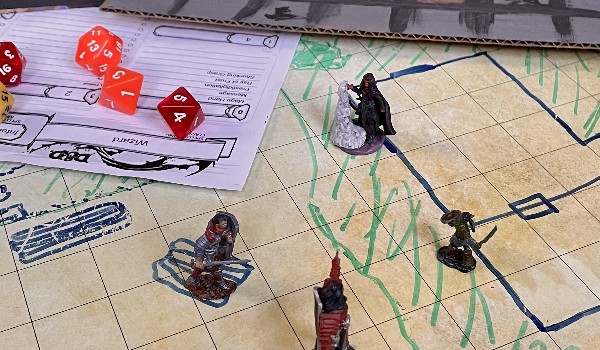 How Do I Use Pass Without Trace in 5e?

Pass Without Trace has pretty clear applications, but let’s help get those creative juices flowing:

Who Can I Target With Pass Without Trace 5e?

You can target any creature within 30 feet of you with Pass Without Trace. They do not have to be in range when you cast the spell, but they must be in range of you currently in order to gain the spell’s benefits.

Is Pass Without Trace 5e a Good Spell?

That combined with the undetectability aspect of the spell makes it quite powerful for both getting stealthy missions accomplished and leaving no evidence of your doings.

However, Pass Without Trace is not some version of Godmode like getting 100% Chameleon in Oblivion.

Pass Without Trace is a common pain point for new DMs who feel that their clever dungeon designs are being trivialized by a group of ultra-stealthy Batmen. It’s not your job to “beat” players who are using their abilities well, but if you feel that your players are getting too much mileage out of this 2nd-level spell, keep some things in mind:

Other than that, make sure players understand the rules as laid out above. Some people think the spell is a lot more powerful than it is, so remind them that while +10 Stealth is a lot, it’s not Invisibility.

Pass Without Trace: (2nd-level, self (30-foot radius), concentration, up to 1 hour, V/S/M (ashes from a burned leaf of mistletoe and a sprig of spruce)) You and all creatures you choose within range have +10 to Stealth checks and can only be tracked by magical means. Affected creatures leave no trace of their passage.