You call forth spirits of the dead, which flit around you for the spell’s duration. The spirits are intangible and invulnerable.

Until the spell ends, any attack you make deals 1d8 extra damage when you hit a creature within 10 feet of you. This damage is radiant, necrotic, or cold (your choice when you cast the spell). Any creature that takes this damage can’t regain hit points until the start of your next turn.

In addition, any creature of your choice that you can see that starts its turn within 10 feet of you has its speed reduced by 10 feet until the start of your next turn.

At Higher Levels. When you cast this spell using a spell slot of 4th level or higher, the damage increases by 1d8 for every two slot levels above 3rd.

Tasha’s Cauldron of Everything, pg. 108

Once feared as an overpowered spell, Spirit Shroud’s power level is now rightly regarded as a solid spell, but only for some character builds. It certainly didn’t break the fifth edition of Dungeons and Dragons.

Let’s go over exactly how Spirit Shroud works and how to make the most of it.

Who Can Cast Spirit Shroud in 5e?

The following classes have Spirit Shroud on their spell list:

No subclasses get Spirit Shroud for free.

What Does Spirit Shroud Do in 5e?

Spirit Shroud causes all of the caster’s attacks to cause an extra 1d8 damage whenever they hit a creature within 10 feet of themselves. This damage can be radiant, necrotic, or cold (caster’s choice). A creature that takes this damage cannot regain hit points for one round.

Additionally, all creatures of the caster’s choice that start their turn within 10 feet of the caster have their movement speed reduced by 10 feet for one round.

This spell can be upcast to deal an additional 1d8 damage per two slot levels above 3rd. So a 5th-level Spirit Shroud deals 2d8 damage, 7th-level deals 3d8, and 9th-level deals 4d8 on hit.

Spirit Shroud costs a bonus action to cast and lasts for up to one minute, concentration permitting.

The choice of damage type is decided upon casting the spell, and cannot be changed after this decision is made in later rounds.

What Are the Rules for Spirit Shroud in 5e?

The rules for Spirit Shroud in DnD 5e are as follows: 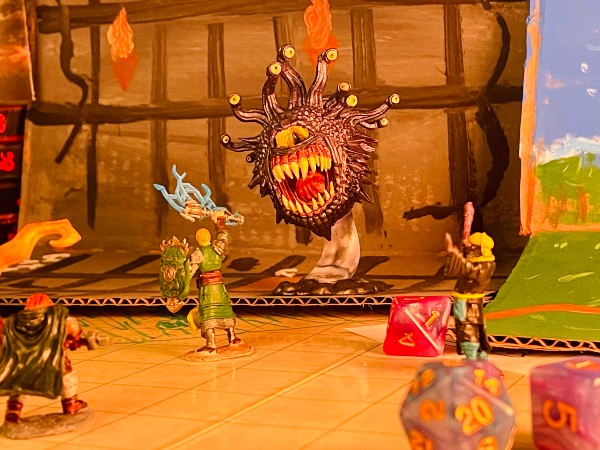 How Do I Use Spirit Shroud in 5e?

Here are a few ways to use Spirit Shroud in DnD 5e:

Spirit Shroud is an okay spell that performs well on Paladins, some martial/caster hybrid characters, and with hyper-optimized Eldritch Blast builds. But on the last point, Hex is usually a fine option to use instead, as it offers greater range (which in turn allows greater flexibility of movement in combat) at the expense of slightly lower damage.

And for gish-type characters, a spell like Shadow Blade often performs better for the role.

Still, for Paladins and for situations where preventing health regeneration is paramount, Spirit Shroud is an awesome spell with a ton of potential for flavor. Who are these spirits of the dead that fight alongside you? Are you like Aragorn leading an army of the damned, or are they the vengeful spirits of your enemies’ former victims?

Spirit Shroud: (3rd-level necromancy, 1 bonus action, Self, Concentration, up to 1 minute, V/S) When you hit a creature within 10 feet with an attack, deal an extra 1d8 radiant, necrotic, or cold damage (your choice upon casting). A creature that takes this damage cannot regain hit points until the start of your next turn.

Any creature of your choice that you can see that starts its turn within 10 feet has -10 feet speed until the start of your next turn.

+1d8 damage for every two slot levels above 3rd.