A sudden loud ringing noise, painfully intense, erupts from a point of your choice within range. Each creature in a 10-foot-radius sphere centered on that point must make a Constitution saving throw. A creature takes 3d8 thunder damage on a failed save, or half as much damage on a successful one. A creature made of inorganic material such as stone, crystal, or metal has disadvantage on this saving throw. A nonmagical object that isn’t being worn or carried also takes the damage if it’s in the spell’s area.

At Higher Levels: When you cast this spell using a spell slot of or higher, the damage increases by 1d8 for each slot level above 2nd.

Have you ever met a door you really didn’t like? Enter Shatter — the environment-busting, elemental-smashing evocation spell that creative spell casters can have plenty of fun with.

Who Can Cast Shatter in 5e?

The following classes have Shatter on their spell list:

The following subclasses get Shatter for free:

Additionally, Way of the Four Elements Monks can spend 3 ki points to cast Shatter (Gong of the Summit) starting at 6th level (PHB 81).

What Does Shatter Do in 5e?

Shatter deals 3d8 area of effect damage to both creatures and nonmagical objects in a 10-foot radius. The point of origin must be within 60 feet of the caster

Used as a second-level spell, Shatter will deal an average of 13.5 damage to all enemies within range who fail their saving throw (which automatically includes objects). This scales up by +4.5 average damager per slot level.

A resilient, medium wooden door has an average of 18 hit points (DMG 247), so you’ll need to cast Shatter as a third-level spell or higher to ensure average rolls are good enough to break it open.

That being said, a flimsy wooden door only has 4 hit points. Be sure to gauge the strength of the door you’re trying to bust down beforehand so you don’t waste a spell slot.

What Are the Rules for Shatter in 5e?

The rules for Shatter in DnD 5e are as follows: 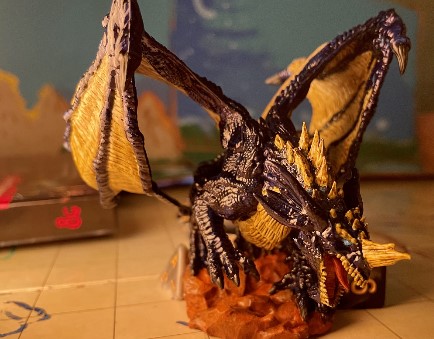 How Do I Use Shatter in 5e?

Shatter has many uses in DnD 5e:

Who Can I Target With Shatter 5e?

You can target anywhere within 60 feet with Shatter, but you need a clear path to the target (the point of origin of the spell). So while you can get the effects of Shatter into an area that you can’t see, you still must be able to see the center of Shatter’s sphere.

Shatter affects all creatures and non-magical objects (not being carried) within a 10-foot radius of your chosen point.

Is Shatter a Good Spell?

Yes, Shatter is a very good spell that has many applications both in direct combat and in creative problem-solving. As a damage spell, it might appear as a poor man’s Fireball, and a Consitution saving throw is slightly easier for most creatures you’ll run into than a Dexterity save.

That being said, the additional options that Shatter affords make it a strong pick for any spell caster who can pick it up, especially at early levels.

Shatter is a more controlled and versatile spell than Thunderwave. They both use Constitution as a saving throw (a weakness of each), but Thunderwave deals less damage.

Thunderwave also emanates from around you, so you have fewer placement options. On the other hand, Thunderwave deals damage in a greater radius and pushes creatures away.

The big difference, though, is the massive range of Thunderwave’s sound. Most DMs agree that Shatter is a much stealthier option that won’t bring every monster in the dungeon right to you.

If you’re a DM and one or more of your players is running Shatter, keep these tips in mind:

Shatter: (2nd-level, 60 feet, V/S/M (a chipe of mica)) Each creature within a 10-foot radius sphere centered on a chosen point make a Constitution saving throw. A creature takes 3d8 thunder damage on a failed save, or half that on a success. A creature made of inorganic material has disadvantage. Nonmagical objects that are not worn or carried also take damage. | +1d8 damage per slot level above second.