You attempt to charm a humanoid you can see within range. It must make a Wisdom saving throw and does so with advantage if you or your companions are fighting it. If it fails the saving throw, it is charmed by you until the spell ends or until you or your companions do anything harmful to it. The charmed creature regards you as a friendly acquaintance. When the spell ends, the creature knows it was charmed by you.

At Higher Levels. When you cast this spell using a spell slot of 2nd Level or higher, you can target one additional creature for each slot level above 1st. The creatures must be within 30 feet of each other when you target them.

Making friends, building relationships — this stuff takes time. But with Charm Person, it’s as easy as a word and a gesture.

There are times when regular conversation isn’t producing results but battle isn’t the answer either. Parties that like to dig for information and learn every advantage they can before embarking on a mission will value one player having Charm Person ready for such scenarios.

Who Can Cast Charm Person in 5e?

The following classes have Charm Person on their spell list:

The following subclasses get Charm Person for free:

What Does Charm Person Do in 5e?

Charm Person forces a humanoid within range to make a Wisdom saving throw. If it fails, it’s charmed and if it passes, nothing happens. If you or your allies are fighting the creature, it has advantage on the saving throw. You can’t attack or do anything hostile toward the creature, or the charm effect ends early.

In addition to regarding you as a friendly acquaintance, charm also comes with certain effects. Charmed creatures cannot attack the charmer or target them with spells. Additionally, the charmer has advantage on any ability check involving social interaction with the charmed creature (PHB 290).

The spell’s effect lasts for one hour and does not require concentration to maintain. That hour gives you plenty of time to put distance between you and the charmed individual if you don’t want to deal with the repercussions of it realizing you charmed it.

When upcast, you can charm one additional creature in range (30 feet) to make the Wisdom saving throw and possibly charm. The creatures must also be within 30 feet each other.

What Are the Rules for Charm Person in 5e?

The rules for Charm Person in DnD 5e are as follows: 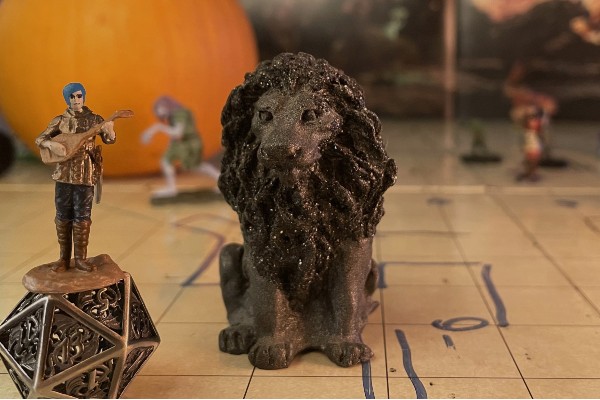 How Do I Use Charm Person in 5e?

To use Charm Person to maximum effect, use it when:

Who Can I Target With Charm Person 5e?

You can only target humanoids with Charm Person. Here’s a (not comprehensive) list of humanoids from The Monster Manual:

The target must also be within 30 feet and you need a clear path to the target.

Charm Person is a good spell if you are engaged in quests that require more social interaction than pure combat. That being said, it also has potential combat utility if you can cast it on someone before the fight actually breaks out.

Charm Person is mostly limited by the target only believing you a “friendly acquaintance” and remembering it was charmed after the spell ends. Both of these things mean the power of Charm Person is largely up to what your DM is willing to let you get away with.

Friends is an enchantment cantrip that has a similar effect as Charm Person, but it doesn’t actually charm the target. It simply gives the caster advantage on Charisma ability checks with the target. It doesn’t prevent the target from attacking the caster.

Friends also requires concentration and only lasts a maximum of one minute. Additionally, the target becomes hostile at the end of that minute once it realizes that you’ve manipulated it.

Charm Person is likely to invite rules-lawyering the first (or fiftieth) time that it’s cast in a new campaign. As the DM, it’s your job to determine exactly how powerful Charm Person is. This boils down to two major decisions:

A DM that rules a friendly acquaintance is basically a best friend will make the spell considerably stronger, but they could also balance that by making creatures extremely angry post-charm.

Or you could rule that friendly acquaintances aren’t too inclined to talk or be nice (especially if the target wasn’t a kind person to begin with), then you can also make the after effect less punishing.

Consistency and clarity are what’s most important when communicating Charm Person’s effect to players.

The other really important thing to remember is that the casting of Charm Person is not obvious. It’s a mental-style spell, and as laid out in the rules, nobody is aware that you’ve charmed someone. The target also isn’t aware that it was targetted if it passes its save.

Don’t go making angry shopkeeps that yell about mental intrusions due to Charm Person after they pass their saving throw — that’s not how it works. If a magically inclined individual is present (or targeted), then you might rule that they pick up on the spell.