You create a momentary circle of spectral blades that sweep around you. All other creatures within 5 feet of you must succeed on a Dexterity saving throw or take 1d6 force damage.

Sword Burst was originally a cantrip from the Sword Coast Adventurer’s Guide along with Booming Blade, Green-Flame Blade, and Lightning Lure. Both then and when the spells were later made official in Tasha’s Cauldron of Everything, players seemed keener on the Blade spell combos than Sword Burst.

That said, this area of effect cantrip has its place in certain character builds, even if it’s not the first choice for most full-casters. We’ll cover Sword Burst’s rules and applications, as well as identify subclasses that can make the most out of the spell.

Who Can Cast Sword Burst in 5e?

The following classes have Sword Burst on their spell list:

No subclasses get Sword Burst for free.

What Does Sword Burst Do in 5e?

Sword Burst forces all creatures (allies and enemies) within 5 feet of the caster to make a Dexterity saving throw. If a creature fails, it takes 1d6 (3.5 average) force damage. Nothing happens if it succeeds.

What Are the Rules for Sword Burst in 5e?

The rules for Sword Burst in DnD 5e are as follows: 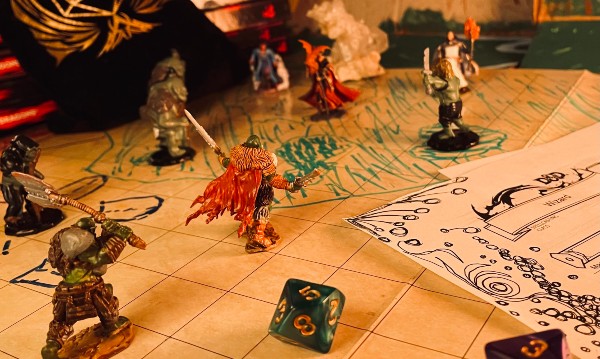 How Do I Use Sword Burst in 5e?

Here are a few ways to use Sword Burst in DnD 5e:

Who Can I Target With Sword Burst 5e?

You target the 8 squares around you with Sword Burst, as well as the space above and below you.

Yes, Sword Burst is a good spell — but not for full casters. It’s a much more effective option for character builds that focus on combining magic and martial tactics in combat.

In particular, Sword Burst is best on characters that take on the role of main tank for their party, as they’re most likely to be surrounded by enemies, which is exactly when Sword Burst does its greatest damage.

Additionally, Sword Burst’s force damage is a small, but welcome advantage for the spell. Force damage is the least resisted damage type in DnD 5e, as only 2 creatures in the game’s main sourcebooks are immune to it, and only 5 are resistant.

Sword Burst is objectively better than Thunderclap, unless a character has features/feats that directly benefit thunder damage or from casting thunder spells.

Thunderclap deals thunder damage (not a common immunity/resistance either, but still more common than force damage) and forces a Constitution saving throw instead of Dexterity. Monster’s Constitution modifiers tend to be higher than their Dexterity modifiers, so Sword Burst will land more reliably against more enemies.

Finally, Thunderclap causes a loud noise that’s audible up to 100 feet away, making it unusable during stealth missions.

Also in the mix: Word of Radiance functions the same way as both Sword Burst and Thunderclap, but benefits from only targeting enemies.