A storm cloud appears in the shape of a cylinder that is 10 feet tall with a 60-foot radius, centered on a point you can see within range directly above you. The spell fails if you can’t see a point in the air where the storm cloud could appear (for example, if you are in a room that can’t accommodate the cloud).

When you cast the spell, choose a point you can see under the cloud. A bolt of lightning flashes down from the cloud to that point. Each creature within 5 feet of that point must make a Dexterity saving throw. A creature takes 3d10 lightning damage on a failed save, or half as much damage on a successful one. On each of your turns until the spell ends, you can use your action to call down lightning in this way again, targeting the same point or a different one.

If you are outdoors in stormy conditions when you cast this spell, the spell gives you control over the existing storm instead of creating a new one. Under such conditions, the spell’s damage increases by 1d10.

At Higher Levels. When you cast this spell using a spell slot of 4th or higher level, the damage increases by 1d10 for each slot level above 3rd.

Call Lightning — the Dungeons and Dragons spell that can light up the sky and fry up your enemies from afar. This thunderbolt artillery cannon is a ton of fun to use, even if it does have some strict requirements to cast.

We’ll go over all the spell’s rules and applications, as well as tips for DMs who want take a crack at using Call Lightning themselves.

Who Can Cast Call Lightning in 5e?

The following classes have Call Lightning on their spell list:

The following subclasses get Call Lightning for free:

What Does Call Lightning Do in 5e?

Call Lightning creates a 60-foot radius storm cloud anywhere above the caster. On the turn they cast it, they can send a lightning bolt down onto a point below the storm cloud that forces a Dexterity saving throw for all creatures within 5 feet of the point.

Creatures who fail take 3d10 lightning damage, while those who pass take half as much.

On subsequent turns, the caster can use their action to call lightning in this way again, and may choose a new point (although it still must be below the storm cloud, which is stationary).

If the natural weather is stormy, the damage increases by 1d10. Call Lightning can also be upcast for 1d10 per slot level above 3rd.

Let’s quickly go over how Call Lightning’s area of effect and range work. For starters, here’s an image of the spell’s total area of effect: 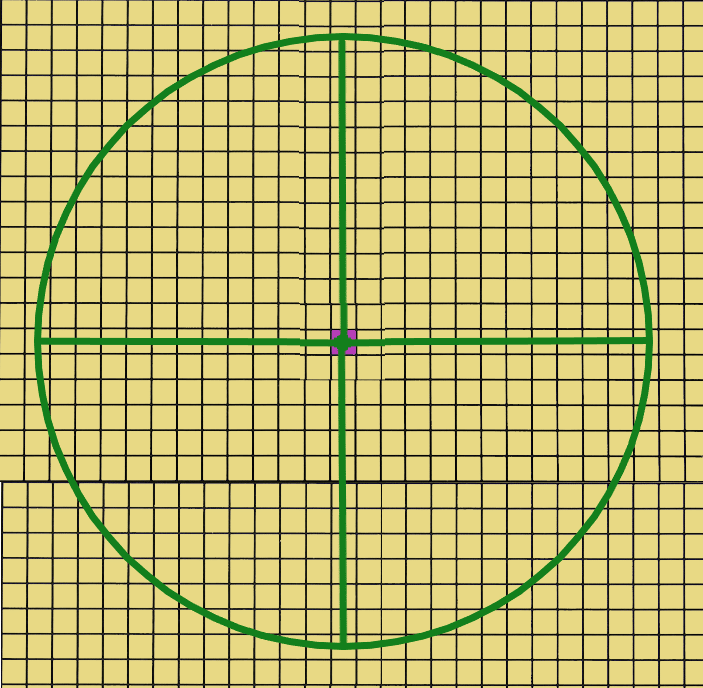 The purple square is where the caster is standing; the small green circle is the point on which the spell is centered; the large green circle represents the area that the cloud fills. The cloud is also 10-feet thick — kind of like a giant, gaseous hockey puck.

Note that the cloud must be directly above the caster, meaning a 15-foot tall room, in practice, is the minimum heigh requirement to cast Call Lightning (assuming a ~5-foot caster + a 10-foot space for cloud). Likewise, if the environment they are in cannot accommodate the cloud (there’s not 60 feet in all directions from the spell’s point of origin), they also cannot cast Call Lightning.

So far so good?

Now for actually targeting creatures with the lightning bolts. The spell’s description reads that you can target “a point under the cloud” — meaning that the storm cloud is locked in place, so to speak. It doesn’t matter where the caster moves after casting the spell — the storm cloud remains positioned where they initially cast it.

They can only call lightning bolts down from the area indicated by the big green circle in the image above, because those are all the points under the storm cloud.

Finally, the “within 5 feet of the point” portion of the spell indicates a 2×2 square. From the Dungeon Master’s Guide, on targeting with area of effect spells: “Choose an intersection of squares…as the point of origin of an area” (DMG 251).” For a visual, that looks like this: 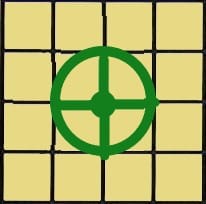 So in practice, Call Lightning can affect a maximum of 4 creatures.

What Are the Rules for Call Lightning in 5e?

The rules for Call Lightning in DnD 5e are as follows: 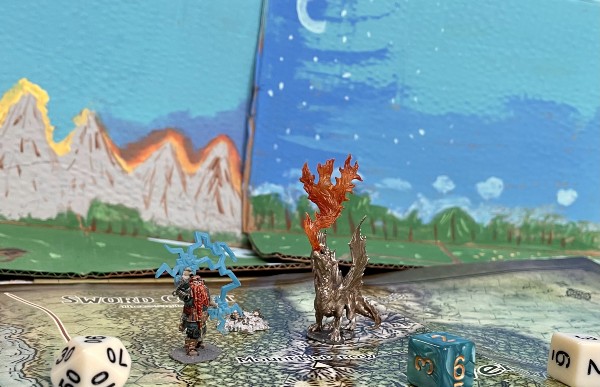 How Do I Use Call Lightning in 5e?

Here are a few ways to use Call Lightning in 5e:

Who Can I Target With Call Lightning 5e?

You can target a point with Call Lightning in 5e. That point is at the intersection of 4 squares, and the 4 squares that it intersects are all affected by the spell.

Yes, Call Lightning is a good spell. While you may look at the long duration and think, “wow, that’s an incredible amount of damage over a fight,” you’re right. In a long fight where you’re able to use Call Lightning multiple turns, this spell is extremely efficient and powerful.

There are, however, two problems with Call Lightning.

For starters, the space requirement is significant, basically limiting its usage to outdoor settings or massive structures.

Second, most combat in DnD 5e is relatively short, meaning it’s unusual to get more than a few blasts out of Call Lightning, making for a wide gap between the spell’s damage potential and actual damage dealt, in most cases.

Not to mention that the spell’s concentration requirement means you might get unlucky and lose your storm cloud after only firing off one zapper.

All that being said, when conditions are optimal, Call Lightning is a fantastic spell. Not to mention how badass it feels to use.

As a DM, you can use Call Lightning as a pseudo Lair Action for a monster in a stormy setting or as a natural hazard, as described in Tasha’s (TCoE 170). It’s always fun to randomly zap players with lightning bolts when they’re wandering around a storm in full metal armor.

From the spellcasting perspective, Call Lightning is a fantastic choice for any storm- or even just nature-themed BBEG (or their lieutenant, to keep the boss’s actions free for other stuff).

It’s a unique spell in that it forces players to deal with an artillery caster, which should prompt them to rethink strategies that usually work for them. It also encourages the party to break up, because if they stand close to each other, they’re opening themselves up to more damage.

Call Lightning: (3rd-level conjuration, 120 feet, Concentration, up to 10 minutes, V/S) Conjure a 10-foot tall, 60-foot radius storm cloud directly above you. The spell fails if you can’t see a point in the air where it could appear or the room can’t accommodate the cloud.

Upon casting, choose a point under the cloud. Each creature within 5 feet of that point must make a Dexterity saving throw. A creature takes 3d10 lightning damage on a failed save, or half as much damage on a successful one. On each of your turns until the spell ends, you can use your action to call down lightning in this way again, targeting the same point or a different one.

+1d10 damage if you are outdoors in stormy conditions.| +1d10 damage per slot level above 3rd