To abjure means to solemnly renounce or reject beliefs, claims, or causes, or to abstain from something. From a magical perspective, the School of Abjuration focuses on protecting allies and banishing ill effects.

Many Wizards of other schools look down on abjurers, as they perceive the school’s tradition to be rooted in denial and negation rather than positive assertion. Yet all spellcasters dabble in the art, knowing that any occult knowledge is incomplete without abjuration. 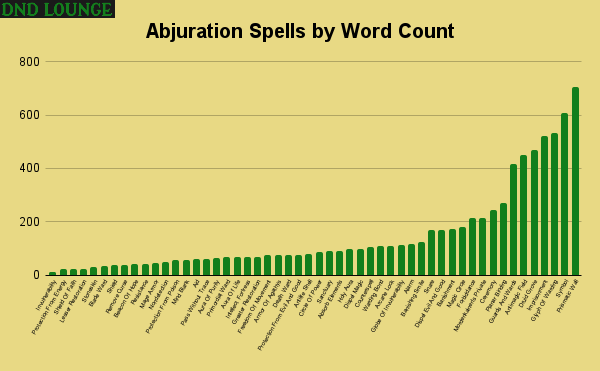 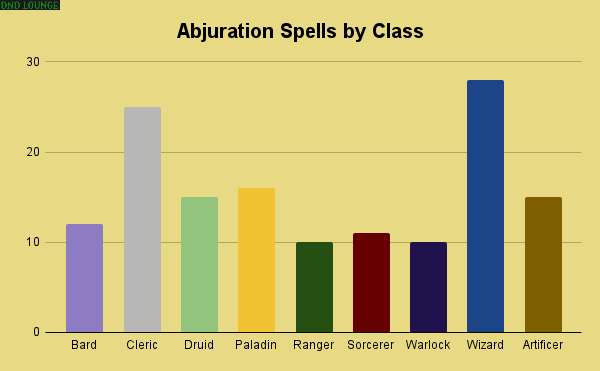 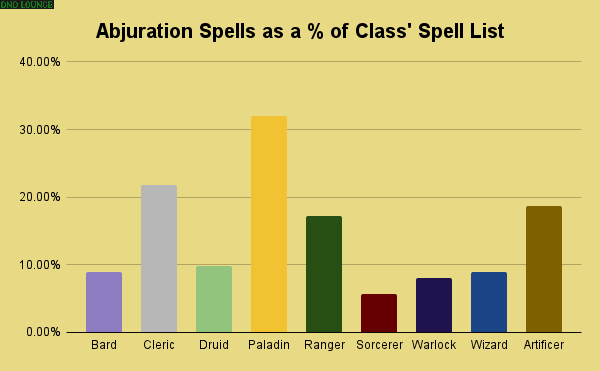 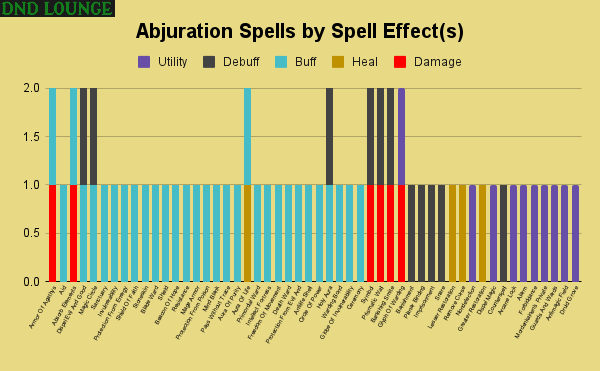 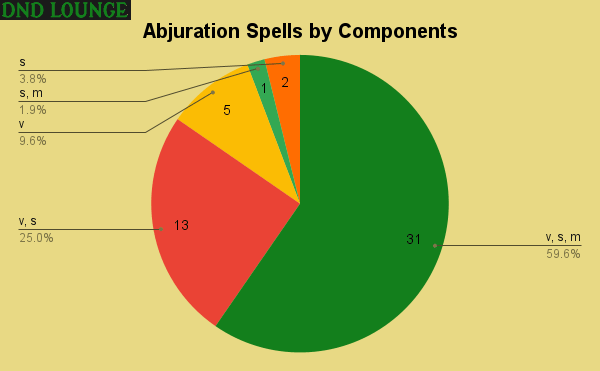 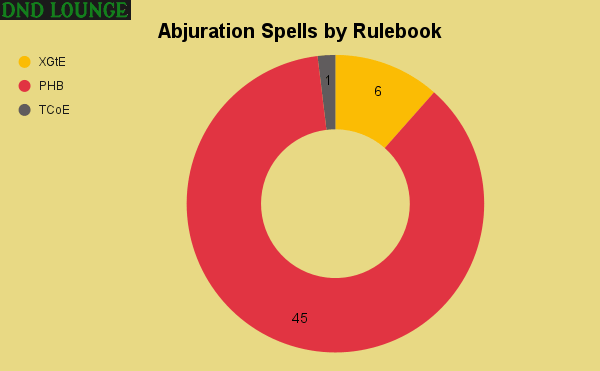 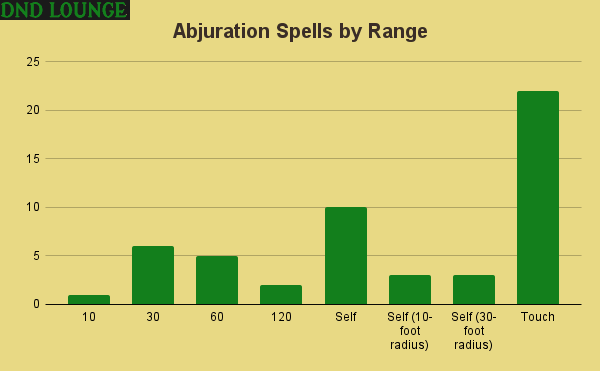 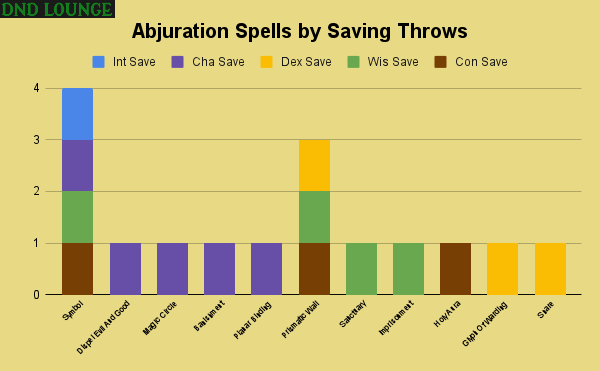 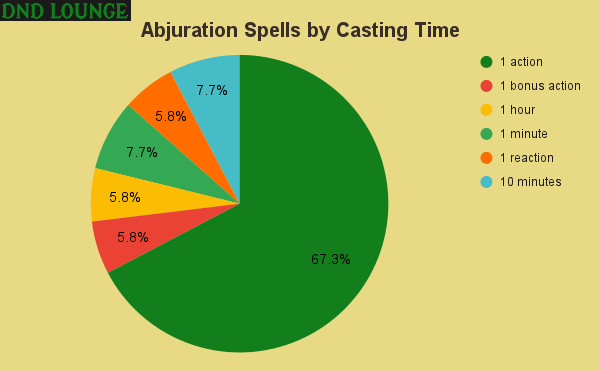 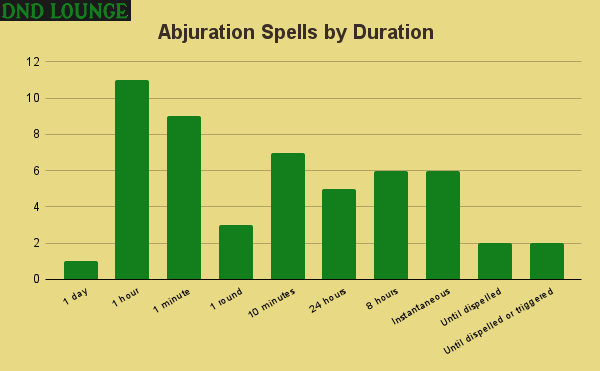 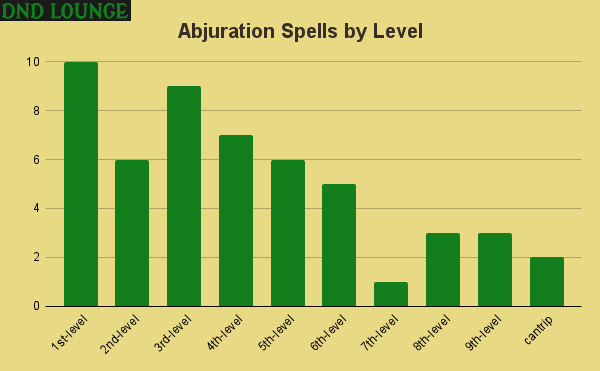 One statistic from above is somewhat subjective: spell types (damage, heal, buff, debuff, utility). I tried to take a common-sense approach to what category each spell falls into and limited each spell to two types. Some spells that I classified as “Buff and Debuff,” like Magic Circle and Dispel Evil and Good, another player could reasonably call “Utility.”

Still, I believe that my logic would align with most players on most spell classifications and hope that these numbers prove useful for relative comparisons of spell schools, if nothing else.