For those keen on creation, there’s no school of magic more enticing than Conjuration. Conjurers summon up matter from nothingness, call upon extraplanar forces for aid, and teleport between distances and dimensions with ease.

Before you begin to explore the mysteries of Conjuration, it helps to have a handle on what the school is all about. So start chanting your incantations and drawing your pentagrams, because we’re taking a look at 22 statistics on DnD 5e’s School of Conjuration: 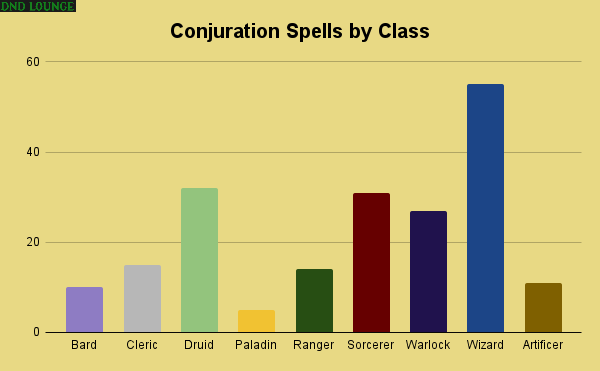 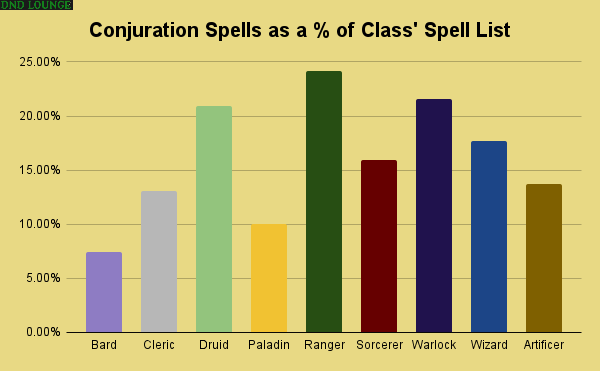 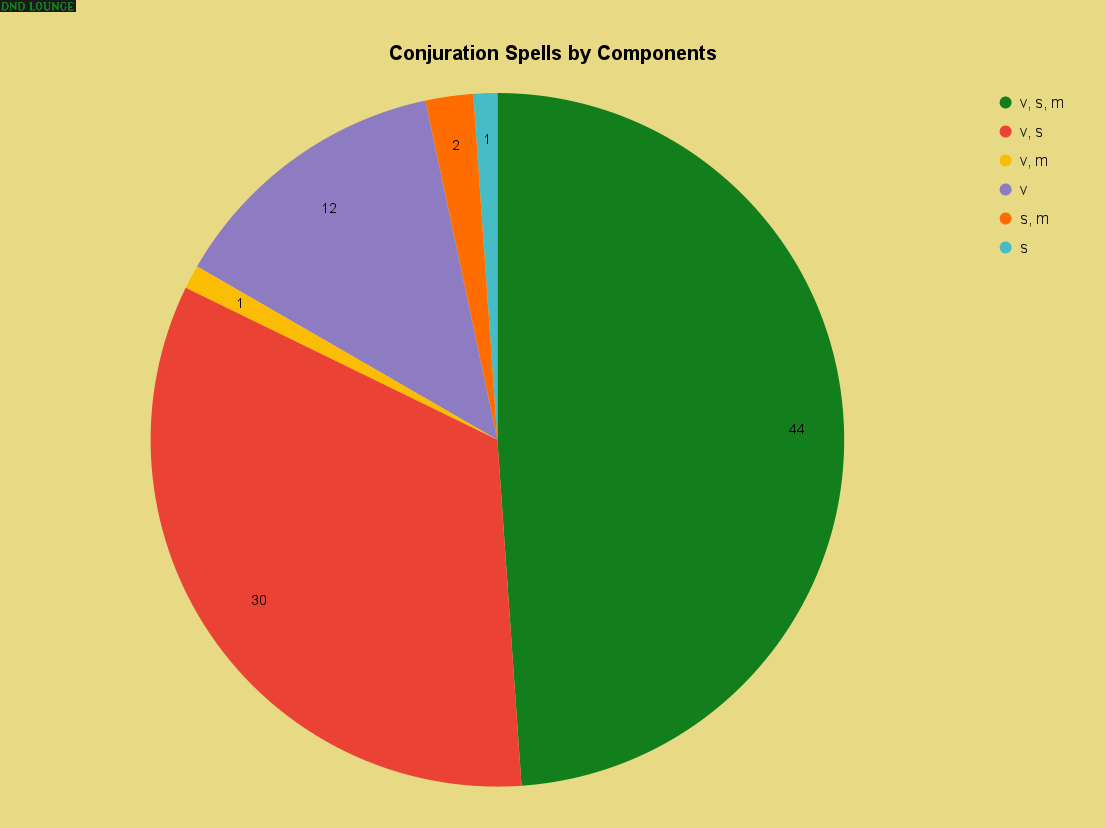 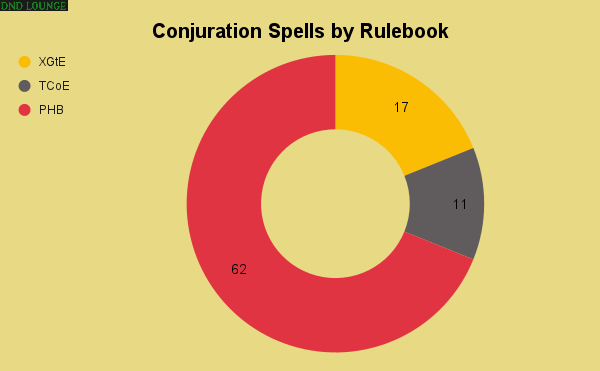 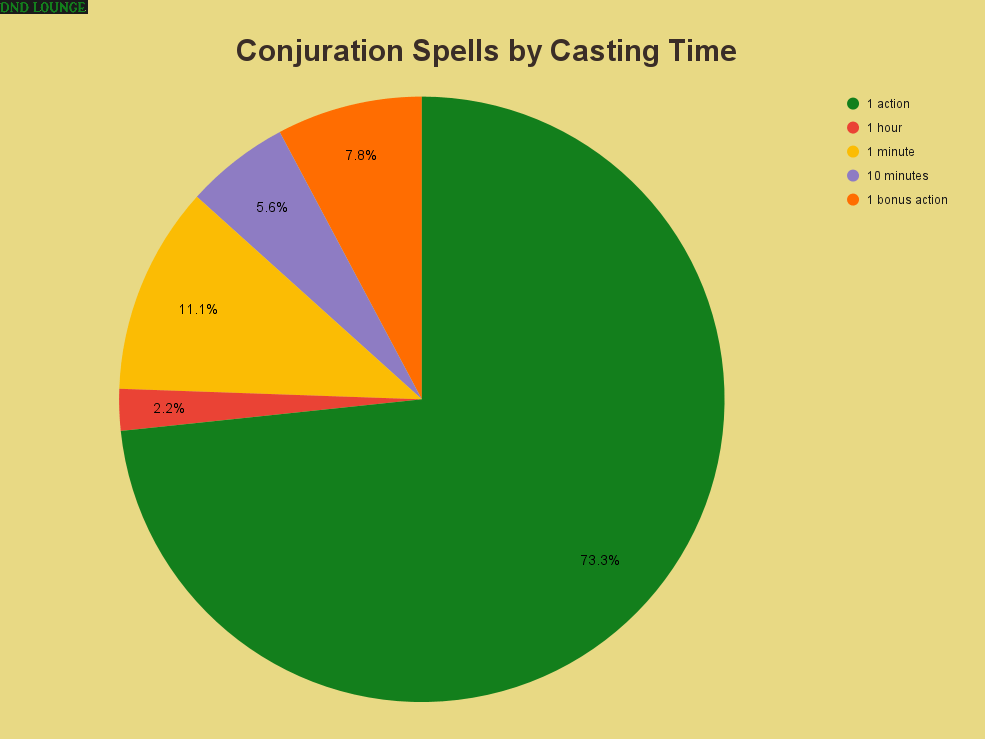 One statistic from above is somewhat subjective: spell types (damage, heal, buff, debuff, utility). I tried to take a common-sense approach to what category each spell falls into and limited each spell to two types.

Admittedly, “Utility” is probably a poor tag to use for many Conjuration spells, but spells like Conjure Fey and Conjure Elemental don’t inherently damage, heal, buff, or debuff. Creating a class of “Conjure” or “Summon” spells seemed equally silly, seeing as other schools would have no such spells.

Hopefully, these spell classifications at least prove useful for relative comparisons between spell schools if nothing else.