Skip to content
You cause numbing frost to form on one creature that you can see within range. The target must make a Constitution saving throw. On a failed save, the target takes 1d6 cold damage, and it has disadvantage on the next weapon attack roll it makes before the end of its next turn.

Xanathar’s Guide to Everything, pg. 156

Frostbite is a straightforward damaging cantrip with a decent rider effect. I’ll go over just how it works, as well as a few good ways to use this in a character build or party.

I’ll also compare it to the other damaging/utility cantrips available to casters.

Who Can Cast Frostbite in 5e?

The following classes have Frostbite on their spell list:

No subclasses get Frostbite for free.

What Does Frostbite Do in 5e?

Frostbite forces a target within 60 feet to make a Consitution saving throw. If it fails, it takes 1d6 (3.5 average) cold damage and has disadvantage on the next weapon attack roll it makes before the end of its next turn. If it passes the saving throw, nothing happens.

What Are the Rules for Frostbite in 5e?

The rules for Frostbite in DnD 5e are as follows: 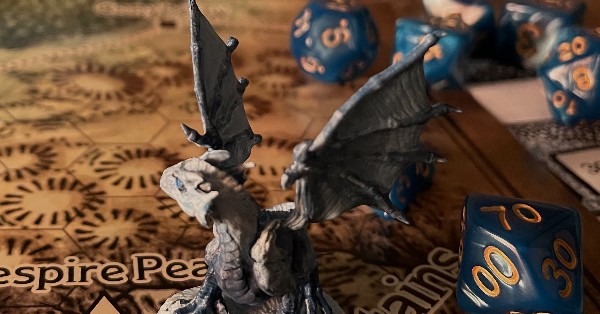 How Do I Use Frostbite in 5e?

Here are a few ways to use Frostbite in DnD 5e:

Is Frostbite 5e a Good Spell?

Frostbite is a mediocre spell. At early levels, it’s a solid utility cantrip that can reliably reduce incoming damage.

All that being said, every caster with access to Frostbite also has access to cantrip-swapping (if you’re using Tasha’s rules), so you can always start the campaign with Frostbite and then switch it for a different cantrip at higher levels.

We didn’t mention a few things in the rules section because they’re incredibly niche. One is whether or not Frostbite interacts with the Heat Metal spell in any way. RAW, the two spells definitely do not interact.

However, if players want to do some cool armor-shattering antics or counteract a Heat Metal spell on an ally, you can choose to reward their creative thinking.

The other one that comes up with frost spells all the time is whether they can be used to cool players down while suffering from heat-induced exhaustion and the like. I personally love this kind of thing and tend to allow it; at the price of taking 1d6 cold damage, of course.

Frostbite: (Evocation cantrip, 60 feet, V/S) Target must make a Constitution saving throw. On a failed save, target takes 1d6 cold damage and has disadvantage on the next weapon attack roll it makes before the end of its next turn. | +1d6 at 5th, 11th, and 17th levels.