Skip to content
You reach into the mind of one creature you can see within range. The target must make a Wisdom saving throw, taking 3d8 psychic damage on a failed save, or half as much damage on a successful one. On a failed save, you also always know the target’s location until the spell ends, but only while the two of you are on the same plane of existence. While you have this knowledge, the target can’t become hidden from you, and if it’s invisible, it gains no benefit from that condition against you.

At Higher Levels. When you cast this spell using a spell slot of 3rd level or higher, the damage increases by 1d8 for each slot level above 2nd.

Xanathar’s Guide to Everything, pg. 162

A spell for psychically damaging and tracking enemies, Mind Spike offers a unique and interesting — but ultimately niche — ability. We’ll cover the spell’s rules as well as its best applications.

Who Can Cast Mind Spike in 5e?

The following classes have Mind Spike on their spell list:

No subclasses get Mind Spike for free.

What Does Mind Spike Do in 5e?

Mind Spike forces a creature within 60 feet to make a Wisdom saving throw. It takes 3d8 (13.5 average) psychic damage on a failed save, or half as much on a success. If they fail, you also always know their location while you’re both on the same plane of existence.

These rider effects last for up to one hour, concentration permitting.

What Are the Rules for Mind Spike in 5e?

The rules for Mind Spike in DnD 5e are as follows: 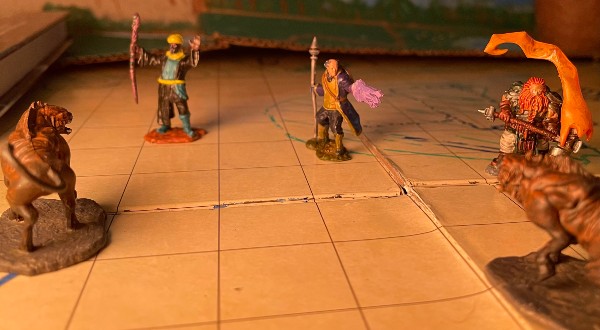 How Do I Use Mind Spike in 5e?

Here are a few ways to use Mind Spike in DnD 5e:

No, Mind Spike is not a good spell. The concentration requirement makes it basically unusable as an in-combat blasting spell once you’ve set up your more powerful battlefield control spells (Hypnotic Pattern, Hold Person, Web, etc.)

It’s kind of even a trap for Divination Wizards who think that the “regain spell slot” mechanic is somehow a magic bullet akin to a Coffee Lock build. It’s not — it’s almost always suboptimal to cast Mind Spike just to regain a lower-leveled spell slot.

All that being said, Mind Spike is right up there with a spell like Shatter, from a damage perspective. Plus, the half damage on a successful save and psychic damage are nice perks.

And if you legitimately need to track down an enemy or keep an eye on an invisible creature during a bout of combat, Mind Spike is literally the perfect spell for the job.

But beyond these niche uses, you’re likely better off using your action on something else.

One semi-common question DMs get from players is whether the Subtle Spell metamagic can allow Mind Spike to go unnoticed. While the target certainly won’t know who cast the spell, I’m inclined to think that 3d8 psychic damage is noticeable and sudden enough for anyone in the DnD universe to suspect magic.

That said, if a player wants to pull off a trick like this with Mind Spike, I say let them on.

For example, maybe they want to tail a royal guard who attends cultist meetings. The party’s Sorcerer uses Subtle Spell to cast Mind Spike as he steps outside into the sun. Perhaps he mistakes the sudden psychic damage as a headache brought on by the sudden brightness and carries on with his day.

Since Mind Spike is so rarely applicable, I’m inclined to let a situation like this fly because it’s fun and offers a neat alternative to traditional tracking methods.

Mind Spike: (2nd-level divination, 60 feet, Concentration, up to 1 hour, S) Target must make a Wisdom saving throw, taking 3d8 psychic damage on a failed save, or half as much on a success. On a fail, target can’t become hidden from you, and gains no benefit from invisibility against you. You also always know their location while you’re both on the same plane of existence. | +1d8 damage per slot level above 2nd.