Skip to content
You create a twisting pattern of colors that weaves through the air inside a 30-foot cube within range. The pattern appears for a moment and vanishes. Each creature in the area who sees the pattern must make a Wisdom saving throw. On a failed save, the creature becomes charmed for the duration. While charmed by this spell, the creature is incapacitated and has a speed of 0.

The spell ends for an affected creature if it takes any damage or if someone else uses an action to shake the creature out of its stupor.

Hypnotic Pattern is considered a “must-pick” spell by many players who have access to the spell. But others are left wondering just what makes this area of effect lockdown spell just so powerful.

We’ll cover exactly why Hypnotic Pattern is so good, how to use it well, common rules questions, and tips for DMs looking to fight back against a party that relies on this spell too often.

Who Can Cast Hypnotic Pattern in 5e?

The following classes have Hypnotic Pattern on their spell list:

The following subclasses get Hypnotic Pattern for free:

What Does Hypnotic Pattern Do in 5e?

Hypnotic Pattern creates an effect within a 30-foot cube that forces all creatures who can see to make a Wisdom saving throw. If they fail, they become charmed for up to 1 minute. More importantly, while they’re charmed, they’re also incapacitated (can’t take actions or reactions) and have a speed of 0 (so they can’t move).

If a creature passes its saving throw, nothing happens to it.

Before we get into the rules, let’s talk about the spell’s range and area of effect. The spell’s 120-foot range refers to where you can place a point “anywhere on a face of the cubic effect” (PHB 204). This means that it’s possible to create Hypnotic Pattern’s effect in a place where you don’t have line of sight. 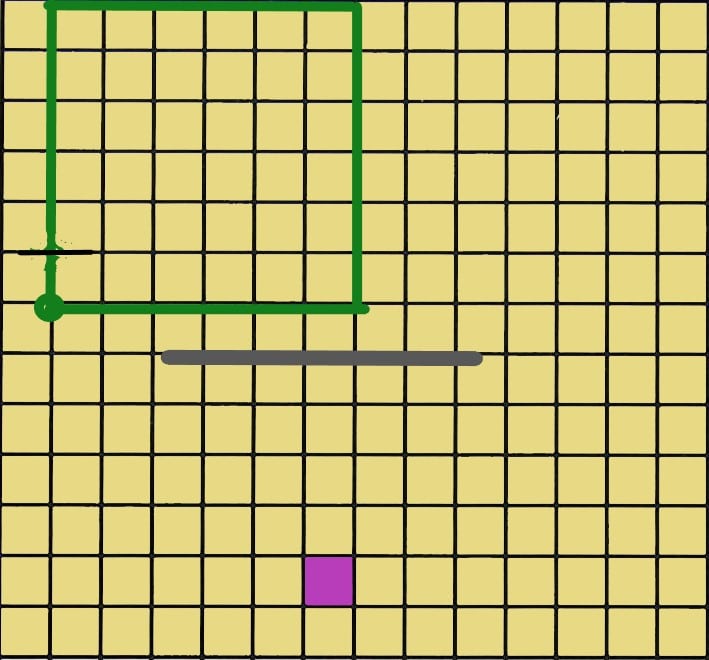 Note that full cover still blocks the effect of Hypnotic Pattern itself. In other words, if there were a wall providing full cover that divided the green square in half vertically, only the space in the left-hand area of the square would be affected.

What Are the Rules for Hypnotic Pattern in 5e?

The rules for Hypnotic Pattern in DnD 5e are as follows: 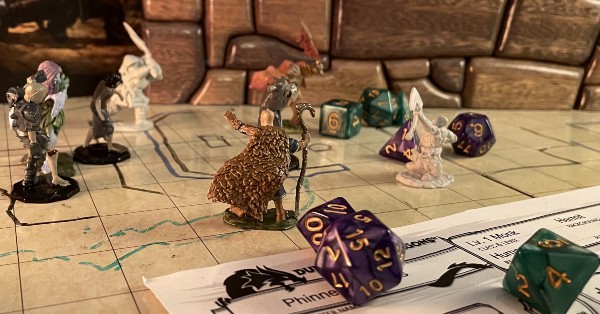 How Do I Use Hypnotic Pattern in 5e?

Here are a few ways to use Hypnotic Pattern in DnD 5e:

Yes, Hypnotic Pattern is undoubtedly a great spell in DnD 5e. But why?

Why Is Hypnotic Pattern a Good Spell?

Here are the main reasons why Hypnotic Pattern is an incredibly powerful 3rd-level spell:

Nobody really questions that Hypnotic Pattern is a powerful spell once they see it in-game. So powerful, in fact, that many DMs are left frustrated by players who continually trivialize some of their most difficult encounters with it.

Here are some tips for DMs that find themselves in this position:

At the end of the day, you don’t have to work too hard to nullify your players’ potent spells. But it does make for a richer experience (for everyone) if they’re sometimes forced to consider novel ways to approach a problem.

Hypnotic Pattern: (3rd-level illusion, 120 feet, Concentration, up to 1 minute, S/M (a glowing stick of incense or a crystal vial filled with phosphorescent material)) Each creature who can see and is inside a 30-foot cube within range makes a Wisdom saving throw. On a failed save, the creature becomes charmed. While charmed by this spell, the creature is incapacitated and has a speed of 0.

The spell ends for an affected creature if it takes any damage or if someone else uses an action to shake the creature.