Until the spell ends, one willing creature you touch gains the ability to move up, down, and across vertical surfaces and upside down along ceilings, while leaving its hands free. The target also gains a climbing speed equal to its walking speed.

Spider Climb, Spider Climb, do most things a Spiderman can. Spider Climb might not be the flashy combat spell that first-time spellcasters are always drawn to, but clever DnD players will recognize loads of potential in this utility spell.

We’ll go over just how it works, as well as a bunch of situations where Spider Climb is a great answer.

Who Can Cast Spider Climb in 5e?

The following classes have Spider Climb on their spell list:

The following subclasses get Spider Climb for free:

What Does Spider Climb Do in 5e?

Spider Climb grants a willing target you touch a climbing speed equal to their walking speed and allows them to walk on walls and ceilings with just their feet.

It’s a concentration spell that lasts up to an hour, and cannot be upcast. Like all touch spells, you can target yourself with Spider Climb.

What Are the Rules for Spider Climb in 5e?

The rules for Spider Climb in DnD 5e are as follows: 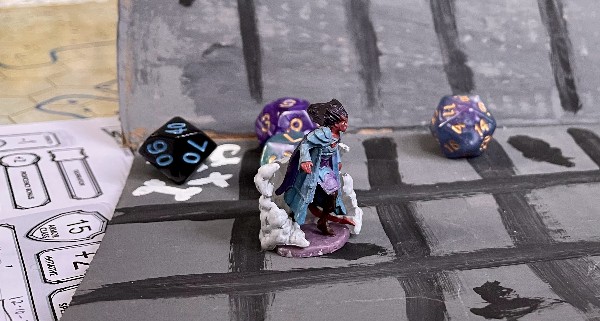 How Do I Use Spider Climb in 5e?

Here are a few ways to use Spider Climb in DnD 5e:

Yes, Spider Climb is a good spell. It may not be something that you use in every DnD session, but it’s incredibly useful in a number of situations, both in and out of combat.

Plus, Spider Climb is a fun spell that encourages players to pay attention to and use their environment to their advantage. Laughing as you snipe out-of-range attackers or pulling baddies up and down like a yo-yo with ceiling-based Thorn Whips is just satisfying gameplay.

DMs will get a lot of player requests on Spider Climb: advantage on saving throws for forced movement and some leeway on the effects of gravity vis a vis arrows n’ such are the two main ones.

In my opinion, Spider Climb is a spell that gets skipped over far too often, so I like the idea of giving these small buffs and quality of life improvements to the spell. RAW shouldn’t get in the way of fun, especially with a minor addition like this. And frankly, I feel for players who argue that stickiness should make them harder to move.

One last thing: if your players love Spider Climb but hate its concentration requirement, feel free to include the Slippers of Spider Climbing to your next dungeon’s treasure cache. It’s an uncommon item that basically grants the effects of Spider Climb, permanently. It’s a great option for the end of tier 1 play (levels 3-5).

Spider Climb: (2nd-level transmutation, Touch, Concentration, up to 1 hour, V/S/M (a drop of bitumen and a spider)) Grant one willing creature the ability to move on walls and ceilings while keeping its hands free. The target also gains a climbing speed equal to its walking speed.