Skip to content
A fall from a great height is one of the most common hazards facing an adventurer.
At the end of a fall, a creature takes 1d6 bludgeoning damage for every 10 feet it fell, to a maximum of 20d6. The creature lands prone, unless it avoids taking damage from the fall.

Fall damage is a simple mechanic in DnD 5e, which comes with advantages and disadvantages.

On the plus side, it’s very easy for DMs to run and players to remember the rules. But this simplicity also creates such unrealistic scenarios that it sometimes breaks player immersion.

How Much Damage Do you Take From Falling in 5e?

Here’s the average fall damage you’ll take based on the height of your fall:

You can resist fall damage if you have resistance to bludgeoning damage, which will halve the damage you take from a fall. There are also other ways to avoid fall damage via class features and spells. 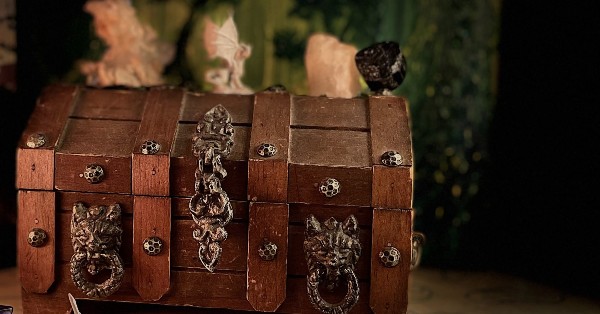 The rules for fall damage in 5e are as follows:

Fun fact: Demon Lords like Demogorgon and Baphomet (MToF 143-4) are immune to all bludgeoning damage, making them effectively immune to the effects of fall damage.

How to Prevent or Reduce Fall Damage in 5e

While fall damage can certainly be lethal, there are ways to avoid taking some or even all of the damage from a fall. These include:

Many DMs and players have issues with DnD 5e’s base rules for falling damage. While they’re beautifully simplistic, they also remove a lot of the nuance (and danger) of how falling works in real life.

On the low-height end of the spectrum, players think it’s kind of silly that an experienced and dexterous Rogue should take any damage from a 10-foot drop.

And the high-height argument is obvious: capping fall damage at 70 average (120 maximum) means that many high-leveled and correctly-built players are in no danger of dying from a fall. Even a fall from a mile high.

While it’s true that hit points are an abstraction and players suspend disbelief all the time to play a TTRPG, I understand how unsatisfying both of these issues are for a player. Heck, taking 11 damage from jumping out of a one-story window is kind of annoying when you’re a mighty adventurer.

And brushing off a sky-dive with <30 damage taken as a Monk or Barbarian is a tad immersion-breaking.

So, here are a few semi-official and house rules that DMs can incorporate to make falling feel more realistic in DnD:

Ultimately, you don’t have to house rule falling damage to make it work in 5e. But if players complain about it or if you yourself don’t like how it works, any of these above options (or your own great ideas!) can create a more satisfying experience.

One last word on fall damage before we go. There are no official rules for how much damage falling objects do in DnD. As I see it, there are three good options supported by the rules: