Casting Time: 1 reaction, which you take when you or a creature within 60 feet of you falls
Range: 60 feet
Components: V, M (a small feather or piece of down)
Duration: 1 minute
School: 1st-level transmutation

Feather Fall is the clutch, “oh-sh*t we’re falling to our deaths” spell that players almost never get to use — until it literally saves the group from a total party kill.

For an ability that essentially just says “fall slower,” players have plenty of questions and misunderstandings about how Feather Fall works. The spell also has more uses than you might think at first glance, which we’ll be going over as well.

Who Can Cast Feather Fall in 5e?

The following classes have Feather Fall on their spell list:

No subclasses get Feather Fall for free.

What Does Feather Fall Do in 5e?

Feather Fall instantly reduces the falling speed of up to five falling creatures within 60 feet to 60 feet per round. It also ensures that affected creatures take no fall damage and land on their feet as opposed to prone.

Importantly, Feather Fall can only be used in reaction to a creature falling within 60 feet of the caster — it cannot be cast preemptively to affect creatures that are not yet falling.

Whether players can wait until the end of a <600-foot fall to cast Feather Fall, we'll save for the rules section.

What Are the Rules for Feather Fall in 5e?

The rules for Feather Fall in DnD 5e are as follows: 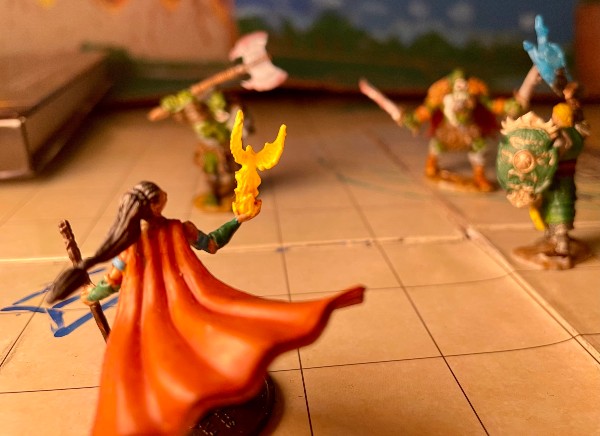 How Do I Use Feather Fall in 5e?

Feather Fall’s primary use is fairly obvious, but here are some other creative ideas for your next session:

Who Can I Target With Feather Fall 5e?

You can target any creature that is currently in the act of falling with Feather Fall. Whether a creature needs to have just fallen or can be an eligible target after falling for a few seconds before casting Feather Fall is unclear based on the spell’s text and is ultimately up to DM discretion.

Yes, Feather Fall is a good spell and can be a great spell depending on your campaign setting and your DM. Falling can be a devastating source of damage — 1d6 bludgeoning damage for every 10 feet, to a maximum of 20d6 (PHB 183).

Having a spell in your pocket that protects not only yourself, but up to five total party members, can literally be a lifesaver. Not to mention that minor slips and falls along with the occasional pit trap ensures that Feather Fall remains useful even if you’re not climbing high very often.

On the flip side, some DMs don’t factor in the potential for falls and other environmental effects into their gameplay very often. For these situations, Feather Fall might feel utterly useless.

Even still, if you’ve got the bandwidth to afford picking it up/keeping it prepared, it’s one of those spells that you’ll be glad for, even if you only cast it once per campaign.

We left DMs with two unresolved rules questions above:

Other than that, we suggest allowing players to simultaneously jump off a cliff mid-combat if they coordinate it. Don’t force them to follow the strict RAW version of events where they all Ready their actions to jump and wait for the caster to jump.

Mechanics like this bog the game down and don’t serve the narrative. If the party knows they want to jump and cast Feather Fall, let that happen when the caster’s turn comes up.

Feather Fall: (1st-level transmutation, 1 reaction, which you take when you or a creature within 60 feet of you falls, 60 feet, 1 minute, V/M (a small feather or piece of down)) The fall speed of five falling creatures in range slows to 60 feet per round until the spell ends. Affected creatures take no fall damage and land on their feet. The spell ends for creature upon landing.