Skip to content
A short rest is a period of downtime, at least 1 hour long, during which a character does nothing more strenuous than eating, drinking, reading, and tending to wounds.

In Dungeons and Dragons, resting serves as both a narrative pause and a crucial game mechanic. 5e has two types of rests; a long rest and short rest. Here we’ll be discussing how short rests work, clear up rules questions, and give tips to dungeon masters on how to run short rests.

We also compiled all the different class and subclass features that recharge after a short rest, as well as feats and official magic items. And for good measure, we’ll also go over the alternative resting rules laid out in the Dungeon Master’s Guide, in case the base version of the system doesn’t work for you.

How Does Short Rest Work in 5e?

At any point, players can decide they would like to take a short rest. In order for a character to gain the benefit of a short rest, they must spend at least an hour at leisure.

If a character succeeds in resting for one continuous hour, they gain the following benefits: 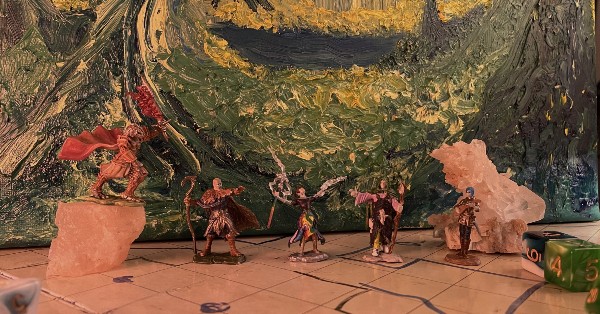 Other Ways to Use Short Rests in 5e

Besides gaining benefits from a short rest, players can also do the following things during a short rest:

The following tips are for dungeon masters looking to run short rests at their table. I incorporate a mix of all of these at my table when I DM, so feel free to pick and choose ideas you like.

Class Features That Recharge After a Short Rest in 5e

The following class features recharge after a short rest:

Generally speaking, Warlocks, Monks, and Fighters get the most benefit out of short rests.

Subclass Features That Recharge After a Short Rest in 5e

Other tasks that classes and subclasses can perform over a short rest include:

Race Features That Recharge After a Short Rest in 5e

The following racial features recharge after a short rest:

Feats That Recharge After a Short Rest in 5e

Xanathar’s Guide to Everything introduced a number of extra tasks that players could perform over a short rest, provided they’re proficient with certain tools:

If you’re not happy with short rests in their base form, the Dungeon Master’s Guide gives plenty of optional rules to make them more or less powerful.

As always, the DM is ultimately the god of the game’s universe. It’s up to them (and the players at their table) to decide how short rests fit narratively and mechanically into the experience.