This spell transforms a creature that you can see within range into a new form. An unwilling creature must make a Wisdom saving throw to avoid the effect. The spell has no effect on a shapechanger or a creature with 0 hit points.

The transformation lasts for the duration, or until the target drops to 0 hit points or dies. The new form can be any beast whose challenge rating is equal to or less than the target’s (or the target’s level, if it doesn’t have a challenge rating). The target’s game statistics, including mental ability scores, are replaced by the statistics of the chosen beast. It retains its alignment and personality.

The creature is limited in the actions it can perform by the nature of its new form, and it can’t speak, cast spells, or take any other action that requires hands or speech.

The target’s gear melds into the new form. The creature can’t activate, use, wield, or otherwise benefit from any of its equipment.

Polymorph is a staple of Dungeons and Dragons that’s been around since the game’s first edition. It’s also a concept that exists in fantasy stories and cultures across the world and through the ages.

In DnD 5e, Polymorph is a powerful utility spell that can transform your allies into useful beasts, or turn a powerful villain into a (basically) harmless turtle.

This article will go into more detail about maximizing Polymorph’s potential. It will also cover common Polymorph rules questions and provide tips for DMs running the spell.

Who Can Cast Polymorph in 5e?

The following classes have Polymorph on their spell list:

The following subclasses get Polymorph for free:

What Does Polymorph Do in 5e?

Polymorph replaces a target creature’s game statistics with the statistics of a beast, including all ability scores and hit points.

The target can only perform the actions that the beast performs and can’t speak, cast spells, or take any action requiring hands.

Basically, put aside your character sheet or the target’s statblock and use the beast’s statblock instead — it’s as simple as that.

Polymorph lasts for up to 1 hour (concentration permitting) or until the target drops to 0 hit points or dies.

The target’s gear does gain any benefit from their equipment in their new form, nor can they use items.

Shapechangers and creatures with 0 hit points are unaffected by Polymorph.

What Are the Rules for Polymorph in 5e?

The rules for Polymorph in DnD 5e are as follows: 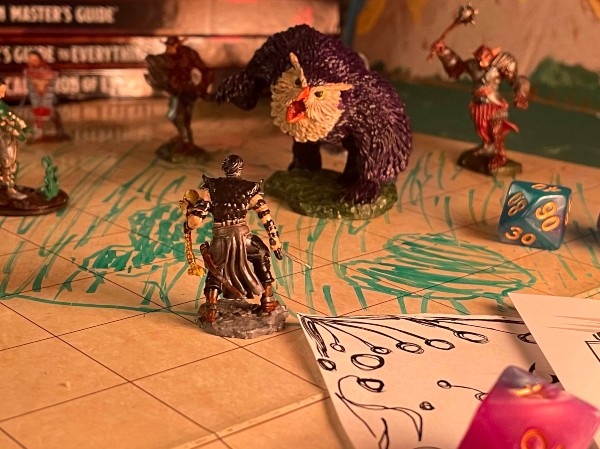 How Do I Use Polymorph in 5e?

Here are a few ways to use Polymorph in DnD 5e:

Who Can I Target With Polymorph 5e?

You can target any creature you can see within range with Polymorph. However, if it is unwilling, it must make a Wisdom saving throw against your spell save DC; if it succeeds, Polymorph has no effect.

Is Polymorph 5e a Good Spell?

Yes, Polymorph is a great spell in 5e. With offensive, defensive, and pure utility applications, Polymorph really can do it all.

While it’s not always the right tool for the situation, it’s often in the mix of the most optimal spells to have prepared.

Polymorph is a fairly straightforward spell to run, but there are certainly a number of tricky situations for a DM to handle. Here’s my two cents on these: