Artificers have a lot going for them in the 5th edition of Dungeons and Dragons. They’re inventive tool savants who can create magic items on a whim, cast spells on a limited basis, and hyper-specialize through their choices of both subclass and infusions.

This article will touch on the many powerful features available for Artificers, as well as how to build an Artificer in 5e and what their gameplay looks like. No matter what hair-brained character idea you’d like to invent, the Artificer has what you’re looking for.

Artificers get an incredible variety of features, as laid out in the table below:

Artificer gameplay can vary widely depending on subclass. But no matter the subclass, Artificers are always good at:

Armorers and Battle Smiths can also Tank to some degree, but the above three elements are common across all Artificer subclasses.

Artificers are half casters in the vein of Paladins and Rangers. However, in many ways, they are more versatile and complete spellcasters than either Paladins or Rangers. For now, let’s look at the basics of Artificer spellcasting:

Artificers have the following proficiencies in DnD 5e:

Infusions are the keystone feature of the Artificer class in DnD 5e. This power turns nonmagical objects into magic items. They offer an incredible variety of magic items that an Artificer can create and use, or even share with their party.

Here are the basics of how Artificer infusions work:

While your character build and party composition can seriously improve some infusions, below are some of the best general-purpose Artificer infusions in 5e:

There are plenty of other awesome Artificer infusions — these are just some of the ones that are consistently good across character builds and playstyles. 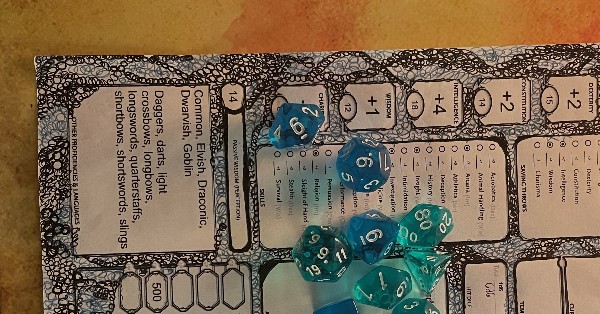 Here’s a bit more detail on each of the Artificer’s features in 5e:

Artificers can choose which spells to prepare each day, so they never have to commit to a certain number of spells known. This allows you to freely swap around spells that make sense for the day’s adventure.

That said, Artificers are also quite limited in their spell slots, so they do have to be conscientious about how they use them.

Some of the best Artificer spells by level are:

Artificers should focus on maxing out their Intelligence ability score as fast as possible. Once that’s achieved, there are some really great feats to help complement the class’s strengths.

Some of the best feats for Artificers in 5e include:

There are other good playstyle-specific feats for Artificers, but these are generally good options no matter your character build.

Here’s a bit about the low-level features and general playstyles of each of the Artificer’s four subclasses:

What Race Is Best for Artificer in 5e?

The best race for Artificer is one that comes with an Intelligence bonus and useful racial traits for the Artificer playstyle.

With concern for ability score bonuses, here are the best races for Artificers in 5e:

Without regard for racial ability score bonuses, the best races for Artificers in 5e include:

The best Artificer backgrounds complement their playstyle and grant useful skill proficiencies that an Artificer doesn’t otherwise have access to. With that in mind, here are a few good options:

Are Artificers a Good Class in 5e?

Yes, Artificers are a good class in 5e. They’re not the best spellcasters, the best burst damage, or the best tanks — but they are a great mix of all three. They’re endlessly versatile, incredibly hard to pin down, and a real blast to play.

Sign up for Artificer school today if you like your magic to have some basis in the scientific method.