Skip to content
You choose nonmagical flame that you can see within range and that fits within a 5-foot cube. You affect it in one of the following ways:

If you cast this spell multiple times, you can have up to three of its non-instantaneous effects active at a time, and you can dismiss such an effect as an action.

Xanathar’s Guide to Everything, pg. 152

One of four elemental-themed cantrips introduced in Xanathar’s, Control Flames drips with cool roleplay potential. But many players wonder what the heck it’s actually good for.

I’ll quickly cover the spell’s rules before turning to how you can use Control Flame in different situations.

Who Can Cast Control Flames in 5e?

The following classes have Control Flames on their spell list:

No subclasses get Control Flames.

What Does Control Flames Do in 5e?

Conrtrol Flames affects a nonmagical flame that fits within a 5-foot cube in one of four ways:

Bullets 1 + 2 are both instantaneous effects, while 3 + 4 last for 1 hour. You can have up to 3 instances of bullets 3 + 4 active at the same time, and can dismiss these effects with an action.

What Are the Rules for Control Flames in 5e?

The rules for Control Flames in DnD 5e are as follows: 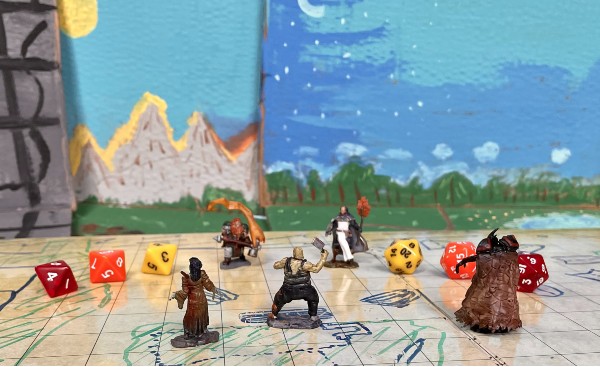 How Do I Use Control Flames in 5e?

Fire is a pretty common thing in a pre-tech world; from torches to campfires to braziers, most people require fire to see in dark places. My first major tip is to always be on the lookout for fires that you can manipulate with Control Flames. Other than that, I’d like to point out that Control Flames only has a Somatic component — no Verbal or Material. That means it’s a spell you can cast stealthily a lot of the time, with just the wave of an arm.

With those important points out of the way, here are a few ways to use Control Flames in DnD 5e:

Control Flames is an okay spell with fun roleplaying potential, a bit of utility, and the ability to prevent collateral damage from your group’s resident pyromancer. But it’s not that great of a spell unless you anticipate a lot of chances for your party to make use of it.

For example, a party that operates on stealth tactics or often gets into firefights in flammable structures you care about maintaining.

That being said, if you’re building a spellcaster who just loves playing with fire, Control Flames is an essential starter spell to make your character thematically complete. And the utility and fun that Control Flames does offer can be quite satisfying for players who like creative problem-solving.

The Control Flames question that many DMs run into at some point is, “can this spell deal damage?” While not explicit in the spell description, most agree that there are certain conditions when Control Flames can be used to deal damage to a creature.

Basically, if a player moves an existing fire onto a fuel source that a creature is standing on, they can effectively create a fire that’s certainly harmful for the creature’s health. The question is, how harmful?

My take (and many other DMs) is that Control Flames probably deals 1d4 or 1d6 fire damage on a failed Dexterity save from the creature (against the caster’s spell save DC) and 0 damage if it passes.

The logic is based on the cantrip Create Bonfire dealing 1d8 damage on a failed Dex save. The reason that most rule that Control Flames deals lower damage than a similar cantrip is that it has so much more out-of-combat utility.