Skip to content
Here’s a quick checklist on how to level up in DnD 5e:

Leveling up in roleplaying games is a ton of fun. New powers, stronger statistics, and access to greater challenges (along with more powerful rewards) are all reasons why players enjoy gaining levels.

As the progenitor of the fantasy roleplaying genre, Dungeons and Dragons is no different. Even better, it comes with a narrative element that makes your character’s growth feel more meaningful and connected to the adventures you engage in.

This article will cover the mechanics of leveling up in DnD, as well as provide tips for DMs to make the leveling process smooth.

What Happens When You Level Up in DnD 5e?

Here’s a checklist of things that happen when you level up in DnD 5e:

Things That Always Happen When You Level Up

Things You Can Choose to Do When You Level Up

Things You Can Sometimes Choose to Do When You Level Up

Other Things That Might Change as a Result of Leveling Up 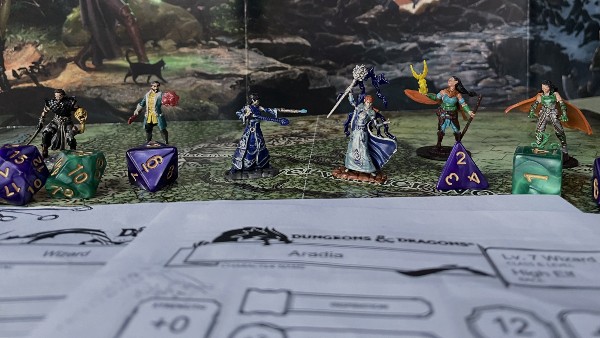 When Do You Level Up in DnD 5e?

You level up in DnD when you reach a certain experience point threshold or whne you reach a milestone that your DM deems appropriate for leveling up.

You do not need to take a long rest to level up. This has been confirmed in two separate Sage Advice threads by Jeremy Crawford and Chris Perkins.

As for the exact moment when your character levels up, it’s up to your DM. That Crawford thread also reminds DMs that there is a variant rule where DMs can require training or studying to gain new levels, which costs time and gold (DMG 131).

Most DMs level characters up at the end of a session, as the level-up process can be tricky and time-consuming.

What Happens After 20th Level in DnD?

The highest level is 20th, so players cannot progress past this point. However, the Dungeon Master’s Guide does offer the Epic Boons system, where 20th-level characters can gain access to special powers (DMG 231).

DM Tips for Leveling Up

Now that we’ve covered all the rules, here’s some advice for DMs out there, based on my experiences with leveling characters up: