You touch a creature, and that creature must succeed on a Wisdom saving throw or become cursed for the duration of the spell. When you cast this spell, choose the nature of the curse from the following options:

A remove curse spell ends this effect. At the DM’s option, you may choose an alternative curse effect, but it should be no more powerful than those described above. The DM has final say on such a curse’s effect.

Bestow Curse is a spell with as many applications as your imagination. We’ll get into how the spell works at a base level, as well as plenty of popular player-made curses.

Who Can Cast Bestow Curse in 5e?

The following classes have Bestow Curse on their spell list:

The following subclasses get Bestow Curse for free:

Warlocks can also cast Bestow Curse via Eldritch Invocations starting at 5th-level, if they choose the Sign of the Ill Omen.

What Does Bestow Curse Do in 5e?

Bestow Curse forces a creature you touch to succeed on a Wisdom saving throw or be cursed for the spell’s duration. The spell lists four possible curse option that the caster can choose from:

Finally, Bestow Curse can be upcast in a rather unique way among DnD 5e’s spells. Bestow Curse’ duration changes, as well as its concentration requirement:

What Are the Rules for Bestow Curse in 5e?

The rules for Bestow Curse in DnD 5e are as follows: 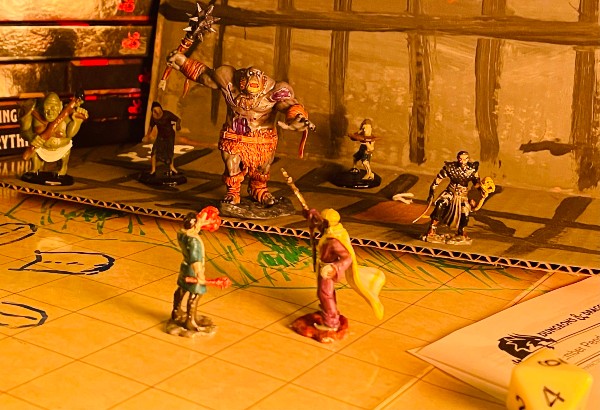 How Do I Use Bestow Curse in 5e?

Here are a few ways to use the standard curses of Bestow Curse in DnD 5e:

And here are a few common alternative Bestow Curse ideas:

Let your imagination run wild, but keep in mind what other spells are available at 3rd-level.

Also keep in mind that some 1-minute, concentration-dependent curses are totally balanced and fine, but become broken when you can upcast the spell for day-long durations with no concentration requirement.

Yes, Bestow Curse is a good spell — as long as you choose the right curse.

For example, the +1d8 necrotic damage on hit is quite bad when you consider 1st-spells like Hex and Hunter’s Mark. And the disadvantage on attack rolls against you can be good in select situations, but it’s usually easy for the enemy to just ignore it and attack someone else instead.

However, cursing ability checks and saving throws is quite powerful in the right situations and good teamplay. And giving a creature a persistent 40-65% chance to do nothing with their turn can be incredibly strong.

Especially since even a successful saving throw doesn’t end the effect early — quite unique among control effects in Dungeons and Dragons 5e.

As for alternative curses, I can’t really speak on how good they are — that’ll depend on your DM.

It’s hard to know what to allow because some custom curses are fine at a 1-minute duration limited by concentration, but quickly become OP at higher levels when the spell’s duration increases and the concentration requirement drops.

My main tip to DMs running custom curses is to err on the side of caution, but try things out. If you’re uncertain about how powerful a curse will be, let your player know that you’ll let it work for now, but reserve the right to alter it in the future.

Then, let it play out for a session or two. If it doesn’t stand out as OP or a game breaker, and the player is having fun with it, you’re good to go. But also let the player know that you might revisit the curse once it gains upcast potential — most players will be more than willing to work with you on this.